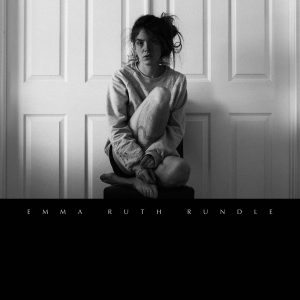 Released on September 30, 2016 via Sargent House

Listening to Emma Ruth Rundle’s new album, one gets the sense that everything has been leading to this moment. The effects-drenched instrumentation of Red Sparowes, the hazy dreaminess of The Nocturnes, the heavier leanings of Marriages, and the singer/songwriter sensibilities of her previous solo work – all of it informs Marked For Death. Her multiple endeavors during the past several years have fed an ever-mounting buzz, and this seems to be the crucial moment at which she enters the realm of the artistically-revered. In the month or two leading up to the release, the words “album of the year” have passed through the lips of fans and fellow writers more times than I can recall having heard for any other 2016 release.

The best albums are multi-dimensional works that connect with equal potency through all of their layers, and Marked For Death surely fits such a description. Rundle immediately sets a striking tone on the title track, which juxtaposes searing lyricism with music that is initially gentle but features an underlying darkness. The song effectively prefaces the themes that follow, but wisely holds back from revealing the full extent of the powerful songwriting to come.

Lyrically, this is a deeply personal album that deals with themes of loss, self-discovery, unconditional love, and the crossroads of naturalism and spirituality. Like Sufjan Stevens’ best work, Marked For Death traverses religious imagery in a manner that can inspire identification from listeners ranging from the devout to the agnostic. I do not presume to know Rundle’s mind, nor would I try and tell anyone what they should take out of these songs, but the beautiful thing is that it doesn’t matter. The lyrics are honest, heartfelt and deeply impactful, but open-ended enough to allow one to dictate their own journey. They channel sorrow in a way that breaks your heart in one instant and uplifts it in the next. For all its initial darkness there is always the promise of hope just beyond the fringes. It is in these moments that Rundle’s art has most clearly found its moment of transcendence.

To accompany the weighty lyrical content, Rundle has composed a soundscape drenched in atmosphere. The centerpiece track ‘Heaven’ is a song about finding oneself within the context of the natural world. The reverberating acoustic guitar, deftly-underplayed string accompaniment and crunchy distortion combine to rouse mental images of exploring alone in the woods until eventually, divorced from the distractions of urban life you, are overwhelmed by the crushing majesty of the world around you. In a way it evokes a similar theme as the simple black and white album cover, which depicts Rundle in a sweatshirt, with her hair pulled loosely back and no makeup. In a world of over-stylization and objectification, sometimes the boldest images are the ones that reflect the most common realities. In saying “this is exactly who I am,” she makes an artistic and philosophical statement far more profound than two dozen pandering glamour shots could ever hope to. It is in this way that ‘Heaven’ plays companion piece: it is a hymn that celebrates leaving behind the weight of expectation and finding meaning, contentment and ultimately joy within oneself.

Make no mistake, Marked For Death is about much more than just strength of concept. There are standout tracks at every turn. ‘Protection’ reveals the wisdom of moving away from the singer/songwriter approach of Some Heavy Ocean toward full-band territory, providing listeners with the most unabashedly rocking moments on the album. ‘Medusa’ and ‘Hand of God’ both serve as reminders of Rundle’s prowess in crafting vocal melodies, featuring two genuinely memorable chorus hooks.

Rundle manages to save the most stunning track for last, astonishing in its concept, execution and sheer emotional weight. ‘Real Big Sky’ not only functions as a standalone song of the year contender, but also ties together everything that precedes it. Featuring only her voice and a heavily-distorted acoustic guitar, it is the only true solo performance on the album. She embraces the initial ugliness of the distortion, which sounds like the result of playing through a forty-dollar amp at the highest volume setting, and reconciles it by layering it over a straight-forward, melodic guitar riff strummed with gritty determination. The result is a beauty built not by production value, but from within, made of guts, passion, faith and conviction. The heart-rending vocals deliver the final punch, making ‘Real Big Sky’ a staggering finale that for many will cement Marked For Death as one of 2016’s finest releases.

With Marked For Death, Emma Ruth Rundle has composed a complex piece of work that rocks, soothes, haunts, saddens and uplifts. It is an album that deals honestly with self-doubt and introspection, that offers no easy answers but leaves room for growth and hope. She has said that she wants this album to be the end of an era of sorts, and that she hopes to explore new avenues of musical creation in the coming years. If this is truly the closing chapter of one book prior to the opening of another, then it is a climax that no one will soon forget.