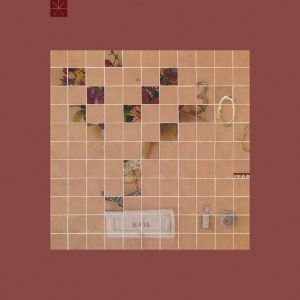 Released on September 16, 2016 via Epitaph Records

It’s rare to see a band go from strength to strength as Touché Amoré have throughout their career, now spanning just under a decade. Since 2009’s …To the Beat of a Dead Horse they have risen as one of post-hardcore’s most valued and consistent voices, providing the scathingly emotional soundtracks to the lives of those battling loss or crippling self-doubt. 2013’s Is Survived By is considered by many as their pinnacle; the record was an ambitious collection of driving and incredibly written tracks that saw frontman Jeremy Bolm expressing notions of relief and solitude in his relatable lyricism – all the while being driven by the pummelling yet equally melodic instrumentation provided by the guitar work of Nick Steinhardt and Clayton Stevens, and drum and bass work of Elliot Babin and Tyler Kirby. It saw the band hitting expansive and effective territory that would make the record stand as their masterpiece within the genre. Stage Four is making this statement again, but for different reasons. The passing of Bolm’s mother in 2014 following a battle with cancer is the record’s theme in its entirety; this is Bolm’s most expressive and emotionally direct lyrical performance yet; the album is a beautifully sorrowful expression of dealing with tragedy and loss as a result.

From the very first note of Stage Four, the band hit the hardest they ever have. Bolm’s full-fledged vocal delivery and lyrical content are matched by his band mates in emotional weight, especially on opener ‘Flowers and You’. One of the many tracks that brings a lump to your throat, the band employ their dizzying tempo and barrage of guitar melodies and drums that they are known so well for. Bolm addresses conversations he avoided and moments of regret in his mother’s final days, whilst at the same time the speed of the instrumentation is trying to leave you breathless. The dynamic and powerful nature of this track doesn’t let up in the records preliminary moments. ‘Displacement’ and ‘Eight Seconds’ lean toward the more hardcore based sound the band emerged from, the latter features serrated guitars and drum flurries straight from the bands earlier days. However, this track also contains the records darkest moments when considering its theme, lyrics noting the moment Bolm was informed of his mother’s passing; again this shows how incredible Touché Amoré have become at delivering emotive hardcore of this level whilst still retaining sonic impact.

Stage Four is the band at the most direct they have ever been, there aren’t many albums within the genre that cut so deep with lyrical themes, but also place you within the pain and conflicting thoughts of the person who wrote the songs. Tracks such as ‘Benediction’ and ‘Palm Dreams’ do this whilst also displaying the band moving to softer sonic territories due to Bolm’s clean vocal contributions. This factor may come as unexpected to a lot of long time listeners, yet it seems like a highly likely direction for their sound to go given the melodic nature of the instrumentation on Stage Four. It works extremely well, and it makes the lyrics and Bolm’s sorrow that much more transparent. ‘Palm Dreams’ stands as a definitive highlight, with its stunning melodic chorus contrasted with the heavier verses. Acknowledging the record’s diverse guitar work is essential, ‘Benediction’ holds shimmering, post-rock sounding guitar leads that not only suit the band’s sound, but add to the impassioned weight of the track overall. The shiver inducing ‘Softer Spoken’ features these high note guitar leads as Bolm’s vocals rise and fall, providing the records best examples of melodic hardcore.

The overwhelming, heart-wrenching and slower paced closer ‘Skyscraper’ ends the record on an almost elated note in terms of sound, but is as emotionally crushing as everything before it. The track starts with shoegaze-esque guitars and Bolm’s low and murmuring vocal delivery, also paired with the alluring vocal contribution of Julien Baker (both have released on 6131 records in the past). It builds into a grand crescendo with the refrain “you live there, under the lights,” which are eventually screamed by Bolm until the albums closing moments.

Touché Amoré have produced their finest work to date on Stage Four, a feat surprising when considering the impact Is Survived By had. It is no doubt the band is on a trajectory, an Epitaph signing and extensive tours and festival appearances are evidence of that, yet they remain sincere in their music to the degree where the sentiment emoted within listeners is nothing but pure. Stage Four is as emotionally involving for the listener as it is for the band’s frontman; it evokes thoughts of family, loss and self-worth when faced with the most testing moments of pain and how it’s likely to stick for the duration of our lives. The bands untouchable live performances will only be made more awe-inspiring by these tracks, and their relevance in the realm of hardcore and rock music as a whole has reached immeasurable new heights.