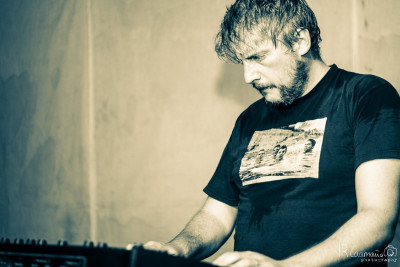 No  Spill Blood have become a cosmic carnage institution, they headlined one of our gigs in 2015 and absolutely blew the roof off the Windmill at this year’s SMASH IT OUT all dayer. They’ve had a busy year, touring with Baroness, another UK tour and not to mention Ruadhan’s solo project Magic Pockets. Next year they are playing Roadburn, which will be fucking amazing! I checked in with Ruadhan to check out what the fuck is happening over the Irish sea.

In top form! Getting ready for the final NSB show of the year in the Grand Social, Dublin. Our buds Crowhammer are playing too, they are awesome, kind of a cross between OM and Circle or something.

The official pronunciation is ROO-ON, but I’ll take whatever’s going!

(((o))): You toured with Baroness this year, how the hell was that?

It was only fantastic! A perfect opportunity for us really… The band and their crew are a great bunch of lads, and we got to do our thing in some pretty big rooms in front of lots of people! We got to play some places such as Southampton and Birmingham, which we hadn’t made it to before. People seemed pretty receptive to what we were doing, which was great, as a synth-based outfit like ourselves is probably not what people are expecting when they go to a Baroness show!

Also Brillo! We are only lately getting to see what is going on all round the UK, all the great scenes/collectives/venues and bands that co-exisit and support each other. In particular we really were impressed by what the lads in CHUNK in Leeds have got going on. We were genuinely impressed by all the bands we got to play with or hear on that tour, Human Certainty, Super Luxury, Bruxa Maria, Casual Sect, and the Power-Bill at SMASH IT OUT!

The good thing about Dublin or Ireland in general is that there is lots and lots going on. There are quality acts operating in all different genres, types of music etc.. it leads to a fairly open and expansive community. There’s plenty of awesome metal acts, like the ones you mentioned, Crowhammer and Molossus are two pretty sweet hefty noise outfits, Cholera House does dark, intense electronica. The new Fixity LP, which is proper krautrock/psych/jazz is simply amazing.

(((o))): What plans do you have for your solo project Magic Pockets?

Well, I just released an LP on PENSKE, (a great label from Cork, who have released Fixity, Woven Skull & Altered Hours). It was great to finally get it out, as I have been sitting on that record for a Few years. Id like to do some more shows (possibly in the UK) and get stuck into some new recordings, as I kind of have a stockpile of material at this stage!

It was a great experience to play KOKO with Baroness, but it has to be said that we had more fun playing SMASH IT OUT in the Windmill – which featured Matt’s first and probably only ever crowd surf! (He’s a big bastard)

I got to see Eternal Champion and Sumerlands double release show, both records are outstanding!

Didn’t attend any festivals this year, something which I intend to rectify in 2017!

Finish writing LP at the start of the year, play Roadburn ( fucking YES!!!) and tour a bit, record in summer hopefully and release later on in the year!