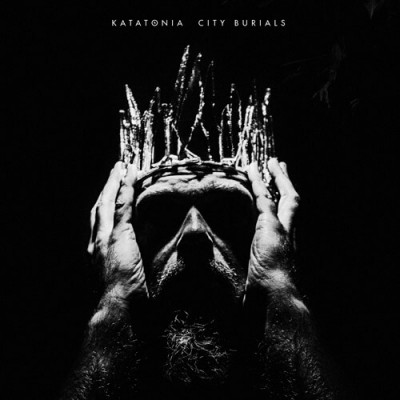 With the world finding new ways to fall to pieces around us there has never been a better time for Katatonia’s brand of metallic melancholy. For nearly thirty years the Swedes have been spreading their brand of emotive darkness; the twin cannons of Jonas Renkse’s beautifully gloom-infused voice and Anders Nystrom’s aggressive riffage combining to form on of the more recognisable sounds in the genre. Indeed, while the band are masters at evolving (from their early days worshipping Morbid Angel to their later more progressive offerings) they maintain a unique gothic sensibility, a devotion to beautiful darkness unmatched by their legion of peers and imitators.

City Burials is no different. The band have evolved again for their eleventh album, incorporating an element of 80s hair metal into proceedings, a touch of Judas Priest-inspired melody. It’s refreshing, with Nystrom’s guitar lines feeling freer, more dynamic and more expressive than previous albums, with a soaring guitar solo adding a new layer to a song that might otherwise have drifted off or felt a little dry. It’s a far more cohesive marriage than it should be, a mix of fire and ice, but Katatonia have always been best when they’ve shown a glimmer of warmth, when Renkse’s usually cold and detached delivery cracks into something approximating human emotion. The vocalist is on top form here, and it leads to some of the most accessible and consistent music of the band’s career.

‘Heart Set to Divide’ sets the tone of the album. Opening with Renkse alone, isolated and somewhat disjointed, it initially seems like the album will continue 2016’s The Fall of Hearts more experimental vein. Yet the song gives way into one of the more euphoric choruses of the entire album, apocalyptic but still enthralling. ‘Behind the Blood’ continues in the same vein, opening with a blistering guitar solo and featuring an addictive central riff. It’s no surprise the song was picked as a single, although the choice of ‘Lacquer’ was a bit more surprising – it’s a beautiful composition, but slows the album down somewhat, and ends up feeling a bit out of place. That’s not to say the classic emotive Katatonia that fans love is gone completely, with the incredibly Nordic vibes of ‘Vanishers’, a duet with Anni Bernhard (of Stockholm band Full of Keys) or the laidback album closer, ‘Untrodden’. Yet it’s the more upbeat tracks that rule this time; despite the name, ‘The Winter of Our Passing’ is one of the most gloriously uplifting, toe-tapping tracks Katatonia have ever written, and the country twang of ‘Neon Epitaph’ creates a whole new layer to proceedings. There are a few missteps – ‘Rein’ sputters along without making an impression, and ‘City Glaciers’ outstays its welcome somewhat. Yet City Burials is largely a remarkably consistent album.

It would be unfair to say that Katatonia have reinvented themselves for City Burials. They haven’t. All the elements of classic Katatonia are still here – the progressive ideals, the emotion, the gothic pessimism. Yet they have evolved here, the lashings of heavy metal providing something extra and the band feel energised, like they are enjoying themselves far more than their downbeat music might suggest. Katatonia have no shortage of classic albums, but City Burials doesn’t just stand alongside them, it raises the bar in a way that no album from a band approaching their third decade should.