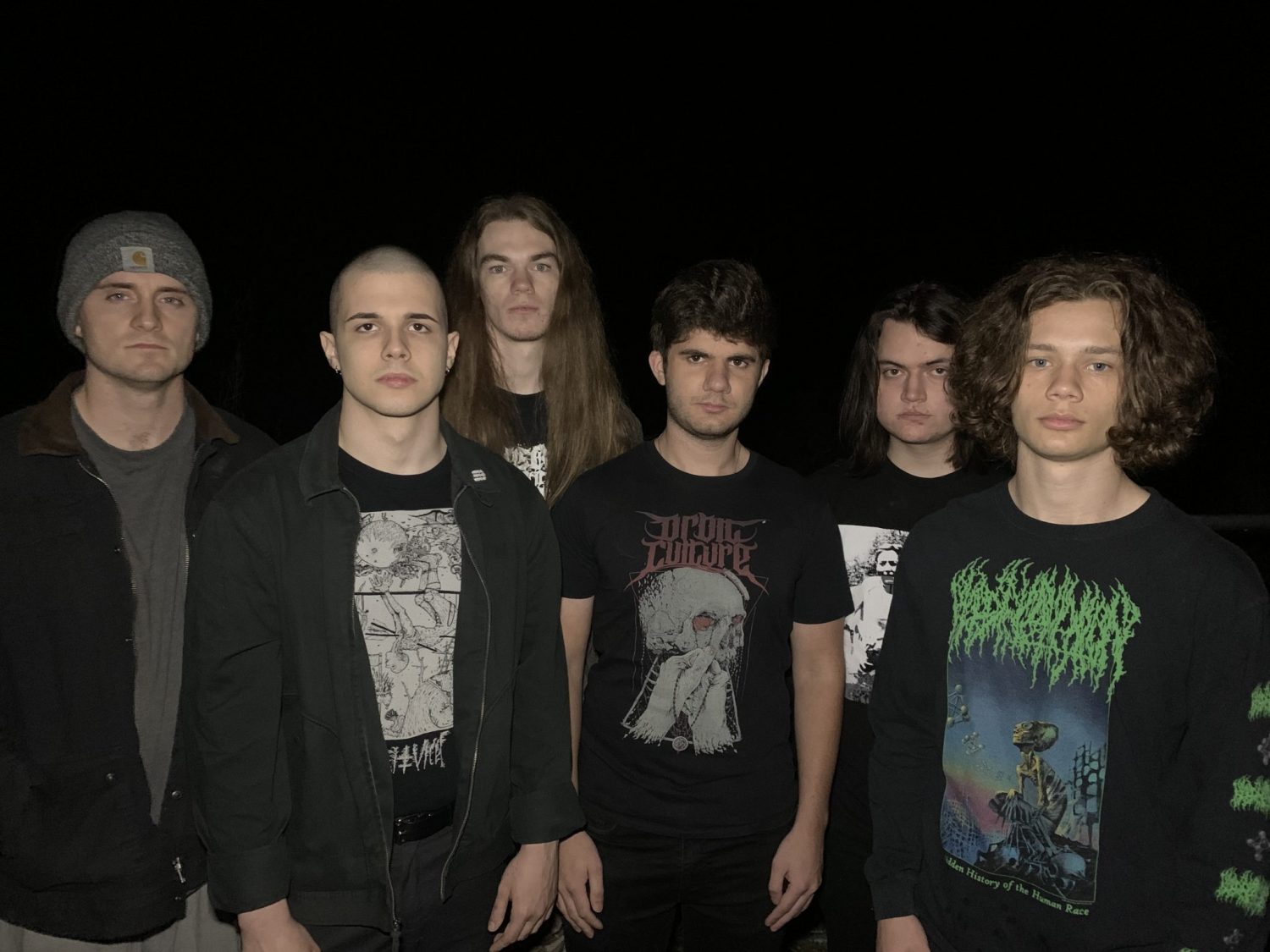 Ripping out of the Memphis underground with their debut album is Knoll. A group of college-age musicians have crafted their take on grindcore-meets-death metal – adding their own twists on the genre, and sparing nothing in their razor sharp delivery.

Jammed into the twelve tracks on Interstice is several lifetimes-worth of existential contemplation, philosophical missives, and potent imagery. Describing the album as “a commentary on the most grotesque facets of man in a linear struggle through time” gives some insight into both the mindset of its creators and the direction that they’re taking listeners in.

Bristling with discordant aggression and oppressive atmosphere, Interstice combines death metal and grindcore against a backdrop of noise, with a hint of conceptual grandiosity more commonly found in black metal. Recorded with Andy Nelson at Bricktop Recordings, in Chicago, IL, during summer 2020, the album was then mixed by Kurt Ballou and mastered by Brad Boatright at Audiosiege. Artwork by Ethan McCarthy (AKA Hell Simulation, Primitive Man, Many Blessings) is the perfectly sour cherry atop this nihilistic audio offering. Interstice will be self-released on February 26th (pre-order the album here).

We asked the band to list 3 records that have influenced them the most….

Orchid – Chaos is Me 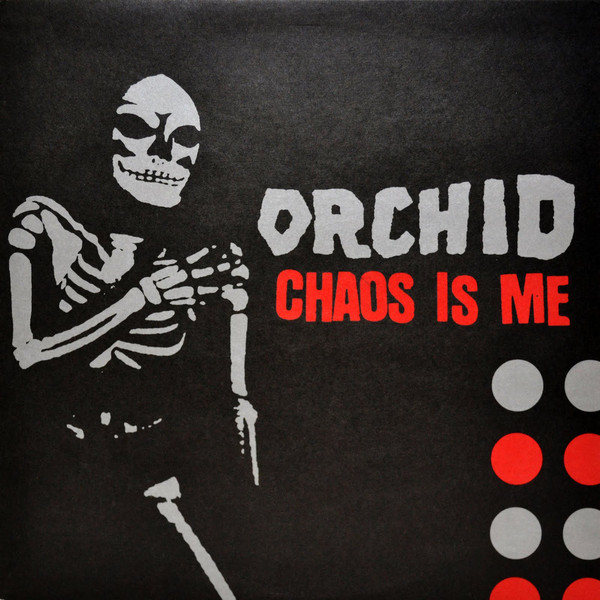 Orchid is the first “short and fast song” band I ever really got into. I can’t quite recall how exactly I stumbled upon them, but I remember the first time I heard Dance Tonight! Revolution Tomorrow! and being absolutely floored some 5 years ago. The first time I heard the band, I was so off-put by how intense and dissonant the music was, yet intrigued by it so I kept coming back. It wasn’t until a year after I initially discovered them that I checked out their other works (Gatefold, Chaos is Me, etc) and it solidified them as one of my favorite and go-to extreme bands. During the latter half of writing for Interstice I got back into listening to them a lot again, and it inspired me to want to write and play the kind of music that we do even more so than I already was. The opening track to the album, ‘Le Désordre, C’est Moi’, opens up with a section of dissonant strings that I’ve loved since first listen, but it really pushed my brain to want to write something similar which helped lead to the inclusion of strings in the later atmospheric track on our own record, albeit in a very different way than it appears on the Orchid release. The use of other less common instruments reminds me of other crucial bands such as “meth.”, as their sound heavily incorporates extraneous strings and abrasive harmony. The immense use of dissonance and sheer intensity of this record are some of the most clear influences to me, as well as the raw DIY spirit of the album that plays a part in my general approach to the music industry in writing and performing. 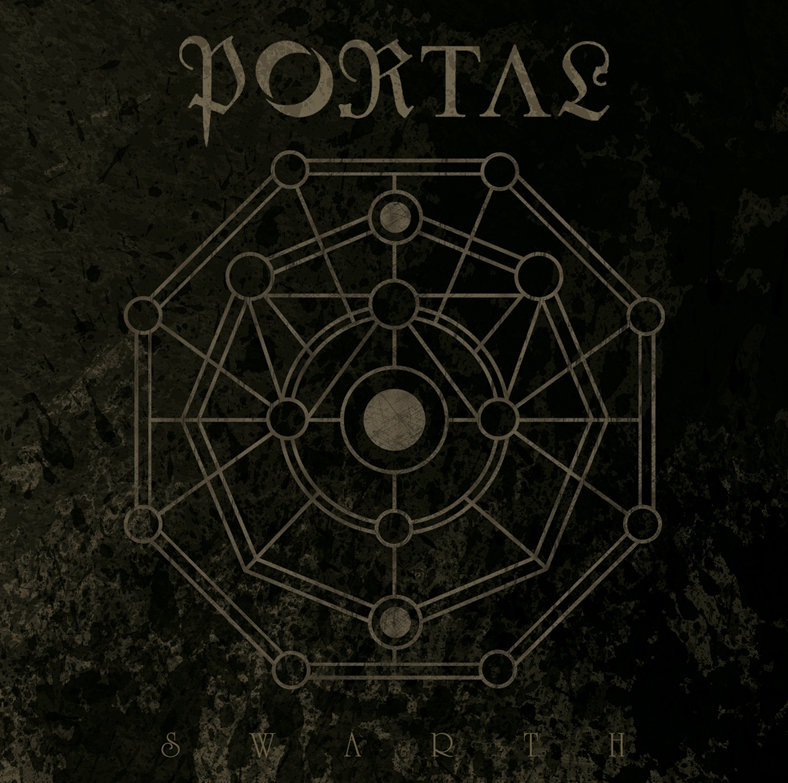 This album isn’t shrouded in the underground, but I feel like it doesn’t get enough love. For me, it was a solidifying gateway into constantly dissonant music. I had listened to a lot of harsh grind prior to hearing this record, but it wasn’t until coming across Swarth when I found music that met my dream criteria – an oppressive atmosphere, lower register, dense lyricism and vocals, technicality, and that combined my favorite elements from grind, death metal, drone, and black metal. A lot of the later tracks on Interstice pull elements from this band – with low, tremolo’d, dissonant guitars and tom heavy percussion. Having recorded the drums for our own record, I found myself playing along to this album trying to circulate ideas. There are some oddly accented blast beat parts and unorthodox cymbal textures here that I especially take influence from. Their frontman, “The Curator,” has these vocals that sound like wind rushing past you at absurd speeds. I can’t get enough of it. This inspired my mid range vocal contributions on our debut and have a profound impact on my lyricism, which I think is swept under the rug often but helped make this band for me. Not to mention – they have the sickest live show and this album marked their best live era. Something about masked bands have always attracted me e.g. Imperial Triumphant or even early Slipknot, but Portal retains total anonymity (ignoring Impetuous Ritual) and I think that makes the atmosphere all the more immersive. 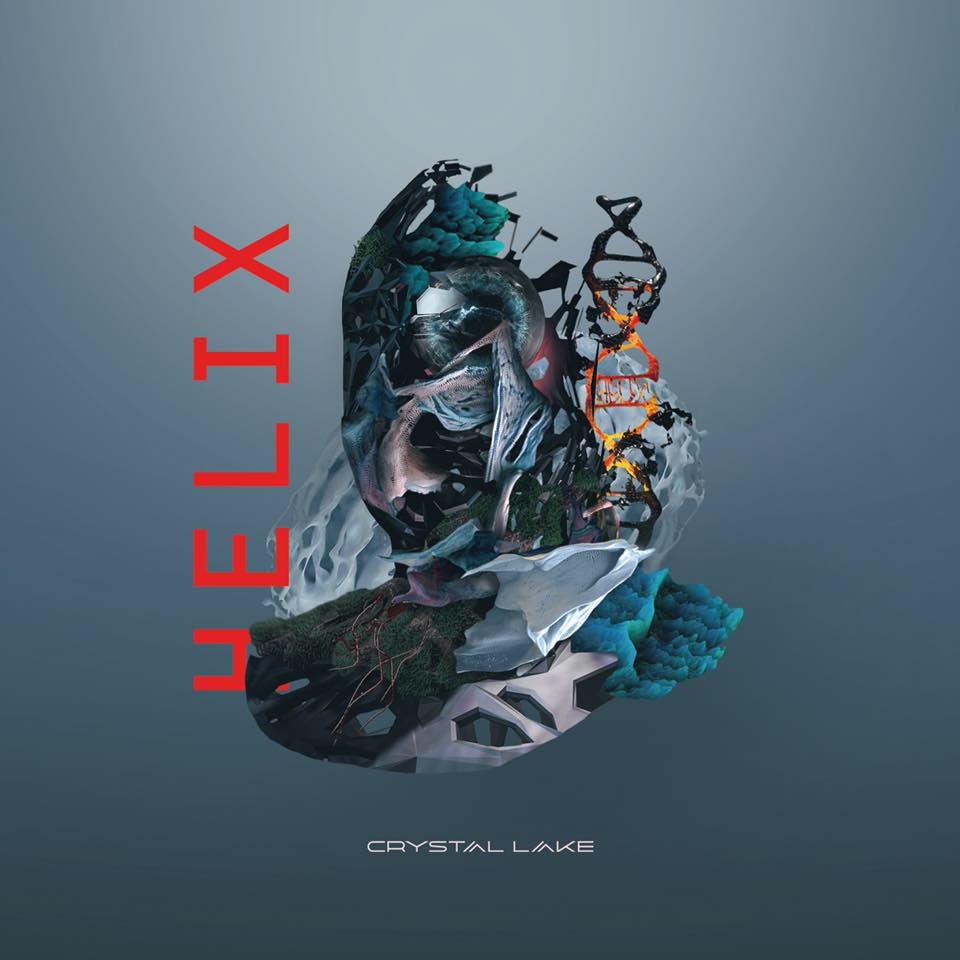 Crystal Lake is a band I’ve been following since Cubes around 2014, but I really began to get into them when they released Apollo, which is, to this day, still one of my favorite songs ever written. They started to heavily influence my writing in Knoll when they began pushing the limits of their own music. When it comes to our influences, I am the only writer in the band who does not listen to a ton of grindcore, or really much straight death metal for that matter, so when we sit down as a band to write music as extreme as Interstice, I find myself drawing influence from bands who take my favorite genres of music to the extremes. Crystal Lake is a perfect example of a band who is capable of taking metalcore to extreme levels with songs such as ‘Aeon’ and ‘Disobey’. When ‘Aeon’ was released, I was absolutely blown away by how dark and oppressive of a sound they had achieved. It immediately influenced my writing in Knoll. Helix was released not long after, and I began listening to it a lot before Knoll writing sessions. ‘Aeon’ and ‘Agony’ come to mind for the use of a whammy pedal to attain absurdly low registers on some of our songs, while some of the more insane riffs on Helix directly influenced my guitarwork. Plus, you can’t mention Crystal Lake without talking about how insanely talented their vocalist, Ryo Kinoshita, is. His display of range on Helix only further inspired my love for extreme music. Seeing this band grow and innovate their genre in general has been a source of inspiration for what I strive to do for Knoll, and I’m excited to see how their work will continue to influence my writing.