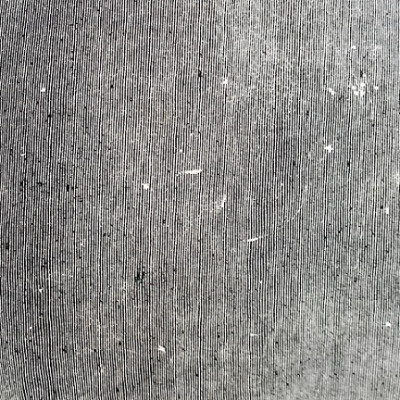 Hey What by Low

When Low decided to transform their sound into something a little wilder with 2007’s Drums and Guns, I can honestly say I wasn’t entirely comfortable with the transition. It was as if they had taken a leaf out of Radiohead’s book and decided that conventional song writing and instrumentation should be cast aside and I couldn’t embrace it at the time. It’s still my least favourite Low album. There would be the occasional track on subsequent albums that nudged towards a return to more experimentation, but when they released Double Negative in 2018, the critical acclaim stacked up. Working with BJ Burton, the band created a technical masterpiece that you might have thought was the nadir of this particular fusion of electronic weirdness and beautiful melody. Well, as you will probably know by now, there’s more to come as Hey What pushes the sounds on that album to new magical heights of excellence. Working again with BJ Burton the duo of Alan Sparhawk and Mimi Parker have truly surpassed themselves and created an album that thrills from start to end. Earphones are most definitely recommended.

The droning grace of ‘White Horses’ contains a fairly vile opening to the album, the aural equivalent of sludge disappearing down a plughole, as the twisted sounds mutate into the clipped bip-bip-bip-bip of the underpinning “beat”. (I won’t be making an idiot of myself by trying to guess what it is creating the sounds on this album. You’ll have heard it yourself by now and can make your own mind up). As the layers of distortion cripple your speakers you wonder what lies ahead. Taking the blueprint established on Double Negative and amplifying it seems a brave move, but Low have long stopped caring about convention and they trust you will go with their provocative flow. Extrapolating the kooky clip-clop to an exhaustive length, the song morphs into the glorious ‘I Can Wait’. The chugging groove still screams broken stereo, but Alan and Mimi’s voices provide a soothing polarity to the jagged edges of the music. Like being swept out to sea, the song completely engages you as it rises and falls with an all-consuming depth.

When you eventually wash up onto a deserted golden beach, the sun rays spread over your face in the form of the warm tones of ‘All Night’. Mimi coos a gorgeous lullaby melody and despite the overbearing fear induced from the opening two songs, you feel an extraordinary glow of safety. The wondrous shifting sounds create a marvellous feeling of weightlessness.

Like tectonic plates sliding, the stunning tones of ‘Disappearing’ eventually subside into a seismic atmospheric storm of heavenly voices and swirling distorted swathes of goodness knows what, I’ll hazard a guess here at a guitar and a shitload of pedals and studio trickery. It sounds amazing, let’s just leave it at that. The mesmerising ‘Hey’ drifts along on Mimi’s dreamy vocals before settling into a blissed-out soundscape of warped keyboards and tones. Mimi’s voice is layered with stunning effects over soothing drones and the precise moment the “what” of the album title leaves her mouth, I feel every pain and anxious thought leave my body.

Still in the midst of the pandemic inspired desire to keep sane, hearing Alan Sparhawk sing with honeyed tones “When you think you’ve seen everything you find we’re living in days like these” was a comforting embrace, letting us know we aren’t alone. Perhaps the first few moments of the comeback song made us wonder what direction this new music would take. But by the end of your first play of ‘Days Like These’ you knew that the upcoming album was going to be quite a ride. The blissed out latter half of the song never fails to raise the mood no matter how bleak things feel.

Startling electronic blasts introduce the awkward head melt that is ‘There’s a Comma After Still’, but it fits in just right where it sits on the album, between the two sweetest (melodic) songs. When Alan tenderly croons “Don’t Walk Away, I cannot take anymore” my heart felt utterly broken. The song initially sounds like the kind of thing the Rat Pack would ease into in an old black and white film. When Mimi harmonises “I have slept beside you now, for what seems a thousand years” the feeling of emotion that completely swept over me can’t be put into words. It’s as if all the trauma of the last year or so didn’t happen, total decimation of every dark thought and fear. Yet lyrically, the song’s message is not one of hope, or joy. Which just makes it even more tragic and heart wrenching.

No time to wallow in gloom as the brutal chops of ‘More’ drop down with astounding vigour. The most muscular tones on the album grind and grate with an evil intent as the warped guitars play tricks on your ears. You can hear the physicality of Alan’s guitar playing with every scrape and hammer of the strings. Closing song ‘The Price You Pay (It Must Be Wearing Off)’ finds Alan and Mimi harmonise over sparse keys (?) that puncture with succinct stabs. A squall of feedback splits the voices as the tension rises and builds before distorted guitars drop and a mighty thumping disco beat bizarrely whips like a dominatrix in a filthy sex dungeon. Never thought I would associate Low with such imagery, but that’s the effect this album can have on you. Alan turns in some equally dirty guitar sounds and the whole thing messes with your head before exploding with a final brain frying twist of noise.

When we look back through Low’s incredible musical output to date, their early records used only the most basic of instrumentation to create songs that drifted for what sometimes felt like forever. Yet here we are now, almost 30 years later, finding these two unique artists pushing the limits of experimentation of sound to create wonderful music of stunning depth. Hey What is a truly exceptional record. The sounds can be claustrophobic, yet at the same time the music soars and makes you feel free and spacious. The collision of fucked up noises and beautiful melodies and voices is also a strange concept to absorb, yet it completely works.

I wonder if there is another version of this album somewhere in a vault, recorded as demos before being handed over to BJ Burton to deconstruct? Trying to work out how the album was conceived is also a head wreck, so best to just enjoy it. I’ve listened to this album in a darkened room and also staring out across the holy trinity of ocean, mountain and sky, and both experiences worked with stunning effect. How many albums can you say that about? Hey What is a confounding and astounding record that will be played and talked about for years to come. A modern classic.