Reb Fountain is a Californian born singer-songwriter and musician who now resides in New Zealand and is considered part of the thriving alt-folk scene there, along with the likes of Aldous Harding.

She first came to my attention with the single “Don’t You Know Who I Am” from her previous self-titled album, an album, by the way that garnered multiple awards in her native music scene. That single was instantly arresting, Fountain’s voice an unpredictable, shape-shifting thing; dark and deep one minute then high and playful the next, the music a subtle combination of mountain blues, glossy pop and high-brow, well-read folk. In truth, new album IRIS is a direct continuation of the style of that previous album, although repeated mentions of the term “folk-punk” in the press regarding this release are baffling to me. Fountain’s music is lush, unknowable, subtle and finely crafted, but it’s also danceable, inviting, catchy and commercial – it’s no wonder she has created such a stir down under.

The album begins with her hesitant, careful piano playing and mournful strings, before a torrent of poetic words begin to tumble in her tale of ‘Psyche’, the Greek goddess of the soul “Who are we in this life?”. Fans of Nick Cave will be on familiar territory here, his ‘Lyre of Orpheus’ similarly adding a personal spin on an ancient tale.  It’s one of several songs referencing Greek mythology (Iris is the personification of the rainbow in Greek myth), but in truth the meanings and motives in the songs are nebulous, occasional lines pull you on tides towards an understanding, but then you are flung back out into a sort of beautiful, gauzy confusion. I have read some interviews with Fountain, talking about the lyrics, but I’m afraid I am none-the-wiser as she seems to dwell in an artistic, post-therapy parallel realm to which a schmuck like me has no access. No matter, though, because IRIS is a musical delight from beginning to end.

Not every word here is her own as there’s a haunting cover of Peggy Seeger’s ‘Swim To The Star’. A song, most likely about the sinking of The Titanic, it fits perfectly on an album where just about every song references water. ‘Swim To The Star’ is one of the most traditionally folky songs here and it’s timeless, classic form needs no pop sheen or heavier playing to get in the way. However, in other songs it is those very elements that really grasp your ears and transform pretty, but otherwise quite downbeat numbers into works of wonder.

‘Beastie’, a song about human darkness, is perky in a Tori Amos type of way, piano led, but with harder beats and a spoken word breakdown. It becomes an irresistible shuffle, the cute “hands up don’t shoot” backing vocals suggesting a sort of polite, classy, hip hop song. ‘Lacuna’ is dancier still, with gritty electric guitar and an insistent beat, suddenly sun-bursted by Fountain’s high pitched vocal flights.

Perhaps the best example of Fountain’s prodigious vocal talents is the gorgeous ‘Invisible Man’, a mix of icily cool Gallic pop and sultry eighties soft rock. One of the finest songs of the year, the bridge has the sort of swooning, heroic uplift that almost puts it in guilty pleasures territory, such is its pure showbiz power. Forget that though – it’s an absolute triumph. The song that comes closest to matching its pop supremacy is ‘Heart’ – although it’s eighties style squelchy synths and big chorus are tempered by a world-weary Leonard Cohen-esque air, by no means the only time the influence of rock’s dark, master poet can be heard.

Not only a fine recording artist, Fountain is apparently an imposing and impressive live performer, her recent stint supporting Crowded House revealed her debt to Patti Smith and Nick Cave is more than just lyrical, as she’s an edge-of-the-stage, in-your-face, force of nature. I certainly hope we get to witness for ourselves the remarkable Reb Fountain and the beautiful songs of IRIS. 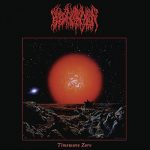 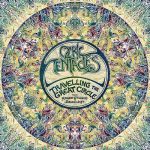 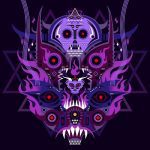