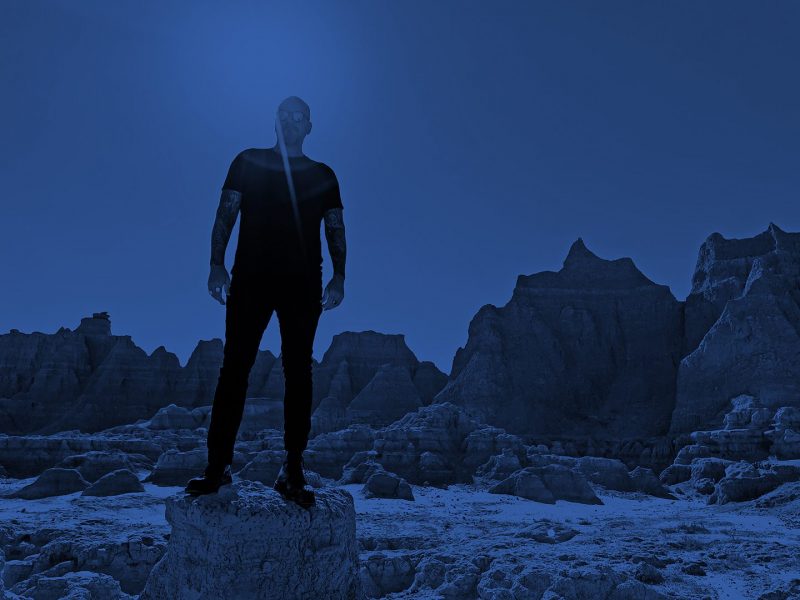 With his latest solo album Apocalypticism, Ryan Michael Patterson (who is also the frontman in brilliant post-punk band Fotocrime and founder and frontman of the similarly brilliant hardcore band Coliseum) has created a full on cinematic experience. This fantastic collection of music is full of brooding and crucial electronic elements and inspiring cinematic soundscapes and sees Patterson exploring all manners of sound and vision.

Echoes and Dust is proud to present the video premiere for Apocalypticism album track ‘Melting Horizons’ (which features a guest appearance from J Robbins from Jawbox/Government Issue) and is featured below in all its cinematic glory.

Ryan also told us a bit about both the track and its video. “‘Melting Horizons’ is the song that led me to embark on the journey of creating this, my first instrumental album. The song was cinematic in a way that was different from the music I was writing for Fotocrime and it led me to explore this wave of experimental and less traditionally structured music. It felt like the theme to an imagined Italian psychedelic sci-fi western movie and Colin Dawson of Haunted Horses made a truly beautiful animated collage video that perfectly suited the song. ‘Melting Horizons’ also features a bit of guest Jazzmaster twang guitar courtesy of J. Robbins”.