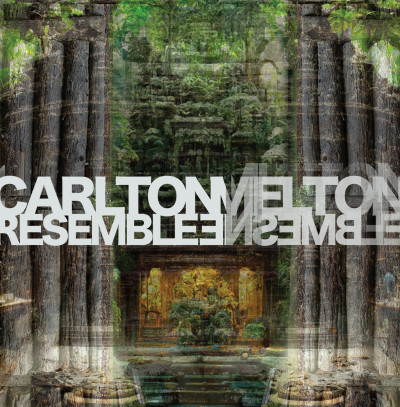 Expanding into a four piece, the Northern Californian psych sounds of Carlton Melton take on a much fuller sound here on there new album Resemble Ensemble. Augmented by Anthony Taibi, who resident psych heads may recognise as being a member of White Manna, and once again mastered by prime overseer John McBain, their music has become a more fully formed psych beast. Never ones to shun away from tripping the sound fantastic, here they take on new pathways that open up new possibilities.

Grounded in the lore of Neu and Spacemen 3, the pedigree has always been there, and from opening track ‘Prescribed Skies’, the driving krautrock intensity delivers the requisite highs and feels that you have come to expect. Pulsating along like some demented Duracell bunny is leading the charge for one last time, the tracks soon hits skyward in propulsive form. It’s a statement of intent, a stamp of authority, a moment of arrival and new beginnings all wrapped in that delicious forward movement brought on by the drumming rhythm.

After all that excitement it’s almost a letdown to find that ‘Elsewhere (Need To Be)’ evolves into nothing more than a meandering drone, drifting along without really offering anything clear to grasp onto. It’s a red herring though, as that meandering ambience suddenly turns ominous on ‘So The Story Goes’, a track which unfolds behind some dark storm clouds of expectation. It’s as if the band are saying that whilst they might sidestep you into a lulled sense of droned out security, they are still ultimately in charge, and can twist the screw anytime they like.

That screw very oddly becomes an upbeat one as ‘High Alert’ tempers that storm with some squelchy acid house noises and squealing guitars, throwing a peculiar symmetry against the previous track. it’s jarring at first but once settling into a groove, there can be no doubt that there are some undeniable rock and roll credentials at play here. Hell, those guitars even want to make you throw out some devil horns. Maybe invoking the devil was the point as the last ride down ‘Route Thirteen’ is as triumphant a rock song as you could ever wish for. It’s one of those “throw the roof off the top of the Dodge and drive down the freeway” moments, heading deep into the Californian desert, lost in sound.

This album will speak to the converted like psych from heaven but has enough easy hooks to pull in the casual listener if they can get passed some of the more quieter drone sections. It’s ultimately a guitar album made for chilled out space-heads, owing a lot to the environment was made in. There are better Carlton Melton albums, but where often they had a tendency to overplay and stretch out, here it is much more concise. That plays in the albums favour and will see them good until the next time. Psych out.