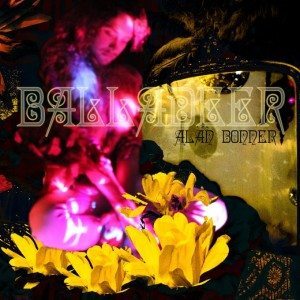 Not so long ago we were delighted to host an exclusive track from London based singer songwriter Alan Bonner and if you  missed it, you can see what the man himself had to say about his single, ‘Autumn’ here.  Although currently on a mission to find the right management, publishing and label distribution,  Alan Bonner is a rare breed of 21st century troubadour that  has already built a steady fan base not only from shows in London, but Australia, Germany and Italy.  The 9-track album Balladeer soon to be released is actually a second, more focused album to come from the creative mind of this very much underrated artist.

Balladeer begins with the aforementioned ‘Autumn’, a beautifully nostalgic piano laden track about a love that has long since passed. I can’t really sum up what it means better than Bonner when he told us, “Most of us in life, at some point have loved someone dearly and royally fucked it up, and lived to regret it. That’s what 'Autumn' is about.”

'Better Man’ is an acquired taste that blurs between pop and traditional folk sounds. There’s definitely an old fashioned feel to the use of accordion that feature on this track. Unfortunately, in my opinion, the accordion is one sprightly nightmare of an instrument I would ban from the universe should I ever become Queen. Please avoid the track ‘Ocean’ too should you have similar feelings on this matter.

‘Rainbow Man’ is the most gripping song on the album, “a vitriolic protest song inspired by the infamous hate-killing of Matthew Shepherd.” There’s an urgency, an anger and an overwhelming sense of compassion and sorrow in Bonner’s vocals, which; supported by only a piano medley, you can’t help but be touched by. ‘Redemption’ is a funky, jazz infused track, a lot less stripped back than the majority of the album. Bonner sings for redemption alongside an electric guitar, cello, and drums.

The album ends with a stripped back power ballad song track ‘Talia’. It’s a personal, fun, ode of a song dedicated to a best friend. The beauty of this song in particular is Bonner’s honesty. What is rare in music at all is if an artist mentions their sexuality let alone make light of it. With lyrics such as “Talia you’re the girl that I’d marry if girls were my thing, but they’re not, so there won’t be a wedding or ring!”; if you didn’t smile there’s probably something wrong with you.

Balladeer is a special, refreshing, album filled with ingenuity that’s simplicity connects on very unexpected levels. I have niggling fears it may fall a little under the radar, purely based on my lack of faith in humanity. Possibly born in the wrong era, everything about Alan Bonner is vintage personified. The downfall of not following the crowd, or a particular style, is that you can fall through the cracks. Despite my irrational accordion issue, I for one will definitely be there with a rope ladder, should this ever turn out to be the case!