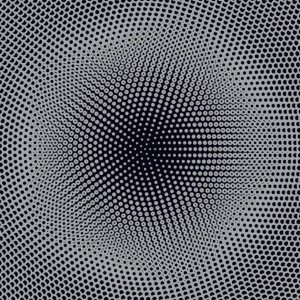 The Sun Behind The Sun is a collaboration from Dead Sea Apes, a three piece drone, post rock, instrumental band from Manchester and Black Tempest the creation of Stephen Bradbury a space, Kraut, synth master from Surrey.

Together they have made an instrumental album that shows off their obvious musical talents.

The album kicks off with ‘Grey Alphabets’; a simple tune. Essentially four notes that have been wrapped in haunting distorted peacefulness. Despite the simplicity, there is a lot going on in this song. The bass holds it together with rolling cymbals and some very nice guitar work. Add in the electronics and you are on a space drone journey that you won't want to stop.

‘Wilder Penfield’ is a great track that could fit into a lot of genres. Heavy wailing guitar, nice drums and a syth that is straight out of the mid seventies Kraut scene. This song is in your head to stay and that is where it should be. If a film maker is looking for a soundtrack for their latest zombie Sci-fi move, this is it.

By the time you get to track three you will have an idea of what to expect and you won’t be disappointed. ‘Heliopause’ is a 25 minute journey through the fabric of time and space itself. Well put together and would be great to hear live.

I would recommend good head phones and a comfy chair then let all the creative sounds envelope your brain. Enough said.

I don't always agree with comparing bands because they should be merited on their own sound and talents but when that similarity is with the very successful American band White Hills it can't be a bad thing; and that is what this reminds me of.

If you are looking to part with some hard earned cash and you enjoy tags such as Drone, Post Rock, Experimental, Space, Instrumental and Krautrock then this collaboration is most definitely for you.