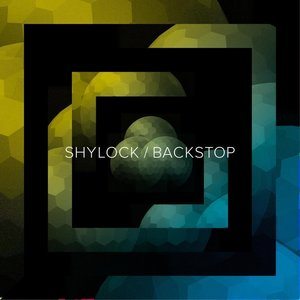 After noticing very sporadic electronic online offerings from UK producer Shylock over the years and bearing witness to his audiovisual installation The Cave some weeks back, it was delightful to see that he has officially released a double A-side via Dalston-based WWMusic. In his usual experimental style, Shylock has made the sounds and music incredibly difficult to describe by virtue of the fact that every single sound that you hear in this double-single is made entirely of field recordings taken in Berlin. This makes his work hugely impressive, as the imagination and craftsmanship he uses to mould these rigid tones into fluid musical pieces is several cuts above the rest.

'Backstop' is the first of the two tracks, smoothly rolling you into a minimalist techno beat while the tune slowly fades in until you are hit with the slightly harder, but still muted, snare beats. In a sudden moment of clarity, a softly glowing melody reveals itself before more and more layers are added into the mix, building an ominous sound that sounds as industrial as it is ambient. Before you know it, the layers are stripped away and the song has faded away.

'Leaving' starts off much more abruptly, with high-pitched electronic melodies that then disperse, leaving spacious sounds and a mild ringing in the background. The beat then drops in, and the same melody continues with much more subdued tones in place. It is as head-noddingly addictive as it is one for a good old chinstroke. This tune is almost twice as long so leaves room for more changes and progression, which allows you to become more immersed in the beat.

In both of these tracks there is just so much going on when you dissect the layers. The sheer amount of time and energy that it must have taken to take recordings around Berlin, take them home, find ideas for music out of the mire of sounds and then take them apart and reassemble them differently with a whole lot of production and processing must have been phenomenal.

The talent is inherent in the results. Shylock has successfully forged a sound that appeals to fans of sound art, techno, ambient music and anyone who loves to hunch their shoulders, stare down and nod their head to great beats.