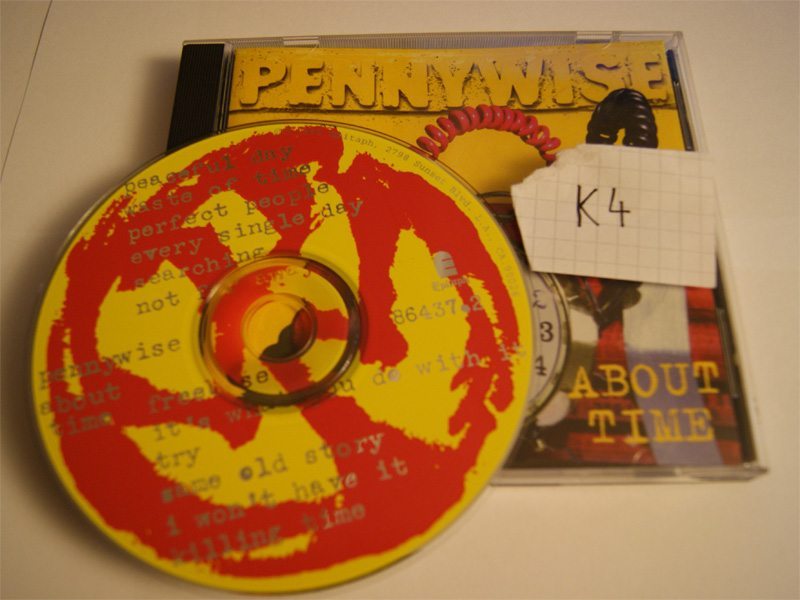 1995. Skate punk was most definitely a thing. The previous year had seen the release of arguably the two biggest examples of the form in Dookie, by Green Day and Smash, by The Offspring. Punk wasn't snotty brats in bondage trousers anymore; the trousers had got a lot baggier. A third album was added to this list in '95 when Rancid released ...Out Came The Wolves. Even though I hadn't heard of Epitaph records by this point, I'd still seen the video to 'Roots Radicals' all over MTV.

But there was a fourth album. An album that was equally groundbreaking, equally important and released on the same label. But this album barely touched the public consciousness, and it's a crying shame. That album was About Time, by the mighty Pennywise. And it was monumental.

Punk at the time either dealt with teenage malaise or hard-hitting social issues. Bad Religion were telling us to look around at our world and effect a change, while Green Day were telling us how to be teenagers. Pennywise came along and did both. They weren't a cartoon punk band like NOFX, neither were they deadly sincere like almost every other band. They had something to tell us, but they wanted us to dance while they told us.

About Time is crammed with massive, dare I say it, pop singles. Catchy as hell, fast, with rousing choruses. The songs spoke to us. They made us feel like part of a gang. There's the timeless 'Perfect People', a song about the identikit poseurs that we see in every club, all wearing the same gear, drinking the same drinks, taking the same drugs. "Screw the perfect people", Jim told us, "fuck, they all look the same". And they did. We didn't though. We were better.

Then there was 'Same Old Story'. Later I would buy a t-shirt with the lyrics to this printed on the back; "I'm not cut from the same mould, I don't read from the same old story" I loved that t-shirt. Those words made me sit up one day and wonder what I was doing with my life. Green Day never made me do that. Pennywise made me change my life, they made me a better person. The Offspring couldn't do that.

But then I don't think they'd want to. I think they were happy to carry on talking to people who truly cared, and fuck the poseurs. Pennywise are still out there, still rocking it and taking their message to the people. For that, we should give thanks.