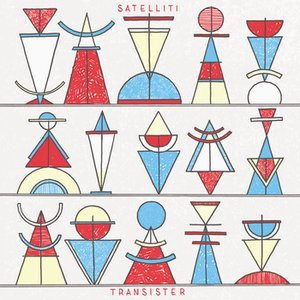 Out now via Cuckundoo Records

Somewhere at the meeting point between jazz and rock music is a place where you can do pretty much anything you like without anybody raising an eyebrow or their voice in stern consternation. On Transister that’s roughly the place where Italian duo Satelliti have ended up. This is a melting pot of stylistic and instrumental diversity, in which rhythms and textures collide with some sort of graceful ease rather than with the lumpen clumsiness that can occasionally beset artists working in such a field.

At its best, Transister sounds very much like the best exemplars of this kind of music from the seventies. Hints of electric Davis and of unfairly ignored 70s UK progressive acts like Henry Cow and Soft Machine are paired with the blurred electronic edges of krautrock legends like Cluster and Neu! The ten minute odyssey ‘Bright Tunnel’ is chock full of Tangerine Dream synth sounds from keys man Marco Dalle Luche, sounds that glide beautifully over the startling rhythm work of drummer Andrea Polato, who manages to sound like he has twice as many limbs as your average drummer throughout.

It’s unfair, however, to focus too heavily on who Satelliti sound like. The duo do more than enough here to make Transister a record that is entirely their own. They have taken advantage of the freedom granted to bands operating in their terrain by stuffing their music full of elements that other acts have rejected. The warm naturalism that has been lost in much modern techno weaves together wonderfully with the freedom of movement that has become so frowned upon in modern progressive rock to give Satelliti’s music an extra dimension of quality.

Maybe this stems from their background in small town Italy, or maybe it is more accurately a reflection of the talent these two musicians hold. There’s a breathy, focused yet relaxed, feel to Transister that makes the potentially jarring combination of ideas present bizarrely soothing. It’s perhaps not as jaw-droppingly exciting as vaguely similar (ideologically if not necessarily sonically) excursions by the Three Trapped Tigers or label mates Vessels, but it’s just as potent, and just as worthy of your attention.