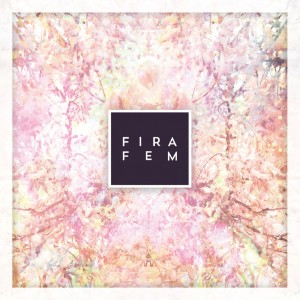 It was 2009 in Madrid, Spain when four friends decided to get together to make some music with the clear intention of having fun. FIRA FEM released their first demos: Mascot Human Disco in 2010 and Old Man Jacket in 2011, this last release caught the attention of Barcelona-based record label Aloud Music who immediately offered to record their début album, Aedificatoria was released in April 2012. Now, after a year of touring and recording new songs the Spanish quartet present their follow up Fira Fem.

FIRA FEM’s influences vary widely, going from Radiohead, Tortoise and Mogwai to Death Cab For Cutie, Modest Mouse and even Michael Jackson. On this album Oscar De La Fuente, Luis Casquero, Manuel Cachero and Daniel Crespo mix all these different sounds creating a very danceable environment; as a result of the influences they have, all the lyrics are sung in English, this will help in the future of the band because as we know it is easier to achieve success if the message is in a language that more people can understand.

The journey offered by FIRA FEM lasts 37 minutes divided in 8 tracks that begin with 'Solid Ground' where an electronic atmosphere is guided by layered guitars that suddenly evolve into a sweet and dynamic rhythm while the lyrics kindly accompany the song. 'Helicopters' is the perfect pop song, the melody is fast and cloying which is perfect for a song of this kind, the lyrics stay with you for a long time; also we can notice how the synthpop has influenced this band. As third track we find 'Coda', song that has a mellow melody full of electronic noises and a bass line that give a relaxed ambient taking a break from the dance floor for a couple minutes.

'I Fucked Fira Fem Before They Were Famous' is the fourth song, since the first notes we understand why it has been selected as their first single. It is electro rock at its best form, fast beats and shiny guitars are all over it and the peculiar voice of Oscar brings the final touch to this song that I’m sure is one of the best singles of 2013. In 'Stained Glass' we can hear their need to experiment with new sounds looking for their identity, it is a song filled with electronic loops, smooth lyrics and a futuristic feel.

'Wrong Movements' and 'Los Novios Son Los Nuevos Zombies' provide 11 minutes of dance, the electronic elements are accurate and charismatic; I like a lot the way they create a happy environment with their instruments. “Navigates” is the final chapter of this album that places them as one of the most attractive bands of the moment.

Something that surprised me of these Spaniards is that the voice sounds really adapted to the English language, besides I noticed that it is more like another instrument because even when they write about their experiences, way of thinking, politics and the actual social situation, the goal is not to deliver a specific message, they just want to have fun.

The digital version of FIRA FEM is available in Aloud Music’s Bandcamp, CD and Vinyl versions can be bought in Aloudmusic.com