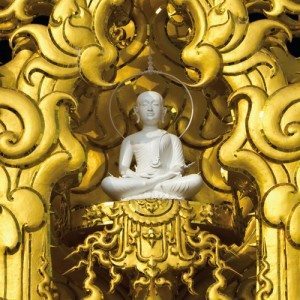 Re-issue out now through

"The process of releasing and thereby providing relief from strong or repressed emotions."

You can now get your hands on the 10 year anniversary re-issue of YOB's classic doom metal studio album Catharsis.

YOB at that time consisted of Mike Scheidt on vocals and guitar, Isamu Sato on bass and Travis Foster on drums. The original CD was released in 2002 in the USA and 2003 in the UK and was also available in 2008 as a limited vinyl. If you happen to own the green vinyl with red and yellow splatter then treasure it, because only 100 copies were released.

When YOB first brought out Catharsis it was widely thought that it was the launch pad for future YOB projects. They had created a doom sound blended with sublime vocals from Mike, not quite a soprano but higher than most people would expect. Mix that with some gravely growls, fantastic guitar riffs, heavy bass and drumming that flows beautifully through all the tracks, you have a colossal sound that will keep metal and stoner doom fans very happy.

This anniversary issue is being released on CD from the original tapes that have been re-mastered by Tad Doyle plus new art work by Aaron Edge and released through Profound Lore Records. Hopefully for the vinyl fans there maybe another limited number issued soon but we will just have to wait and see.

Apart from the remastering  Catharsis is being released as it was ten years ago, track list being 'Aeons', 'Ether' and 'Catharsis', so there are no extra bonus tracks. Some people may be disappointed about this, especially when the culture nowadays is to offer extras but when you already have great tracks do you really need to add more?

This CD offers not only 50 minutes of fantastic music it is also giving you a piece of doom music history from one of the best doom bands around.