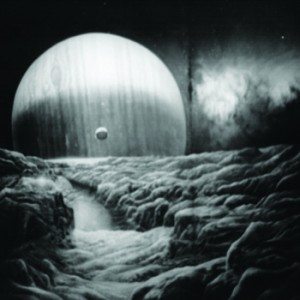 Although the cassette tape collectives that have surfaced across the United States in the past few years present an altogether mysterious and intriguing picture, the fact remains that making a band’s music so difficult to access is audacious to a fault. In the golden era of Bandcamp, one feels almost entitled to be able to listen to, pay for and support independent music. When southern California’s Lake of Blood released their new record Omnipotens Tyrannus solely on cassette tape, it appeared as though that would be the only way to access the album.

Despite their presence on Bandcamp there was no promise of a digital release. With only a few instances of streaming versions of the album, the prospects didn’t look good. At the turn of the new year, nearly two months after its physical release, Lake of Blood made the album available for download. One can question a band’s artistic decisions only to a certain point, but Lake of Blood’s Omnipotens Tyrannus is such a fantastic piece of music that it is only fair that anyone interested should have access to it.

Lake of Blood’s previous releases have all been of the EP variety but Omnipotens Tyrannus finds the band fitting into a full length release very well. The album presents a large progression from their previous releases. The songwriting and structure are masterful, and the production is spot on. At nearly eighty minutes in length the album is, in a word, intimidating. Nearly every track is a ceaseless barrage of raw fury. This is American black metal at its best.

Guitarist Samael and Nordic, as well as bassist Krajavic, are all members of the L.A. blackened doom group Doctorshopper. Joining them is Xsithis on drums and Haagr on vocals. The band opted for a clean, balanced sound on Omnipotens Tyrannus, which allows every instrument to stand tall and even in the mix, including Haagr’s howling vocals. His screams bring a chilling element to the album but do not assert themselves over the rest of the instruments.

The album opens with the razor sharp 'Blood and Mercy'. The opening moments are a quiet hum, then the instruments charge in all at once. After the opening passage the song moves into shifting guitar progressions that prevent the song from becoming too repetitive. This is the story for most of the album, and the immensity of Omnipotens Tyrannus seems to melt away as each song charges through various changes in style and ambiance. With nearly every song being over ten minutes, this is no simple feat.

The third track, 'In Wells of Shadow', represents the largest variation in style on the album. the track, which feature’s Leviathan’s Wrest on guitar and vocals, shifts between doom and black metal but still manages to fit perfectly into the rest of the album. Samael and Nordic allow their sludgy guitars to ring out during the song’s intro before they shift back into a tremolo progression. The song moves in starts and stops with palm muted guitars and precisely executed drums.

Omnipotens Tyrannus’ longest track 'Omnipotens' fades into the closing track 'Reflect and Suffer at the Paw of Grace', a mournful reflection on the past hour and twenty minute assault. It is a deservedly heavy conclusion to an immersive and haunting album. Lake of Blood have set the bar very high for their future with Omnipotens Tyrannus. As the United States continues to make an argument for their legitimacy in the black metal scene, Lake of Blood make a very worthwhile addition to the conversation.