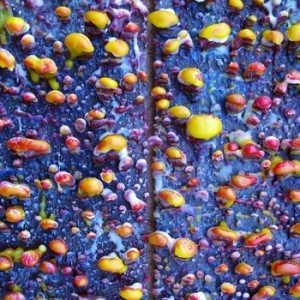 Pick A Piper, the debut full-length album from Caribou’s live-set drummer Brad Weber, is a selection of utterly delightful psychedelic indietronica that will appeal to the Ghostly International set.

The majority of the music on Pick A Piper is fast-paced, multi-layered and rhythmic, but then that shouldn’t come as a surprise with Brad Weber’s role as drummer for Caribou’s live sets. Neither should the upbeat, dancy nature of the music - Weber’s time with Dan Snaith (Caribou) has obviously rubbed off, that or they share a number of similar influences.

As a fan of Snaith’s work as Manitoba and Caribou, I welcomed this album from Weber. I've had Pick A Piper on my iPhone for a wee while now and cherish it's warmth and inclusive nature. I love the way the music presented gently overwhelms me when I put it on, it provides an alternate reality to the grey of a mild and wet winter in the central belt of Scotland, an alternative psychedelic otherworldliness that I heartily welcome.

Weber uses a mixture of live drums and sampled percussion, old synths, deep bass, guitars and other interesting instrumentation such as a flute on ’South of Polynesia’, a harpsichord-like instrument on ’Zenaida’ or the sax on ’South of Polynesia’ and ’Hour Hands’ to create the whirling layers of music on Pick A Piper. He then brings in some seriously delightful floaty, almost-ethereal male and female vocals to complete the tracks and give them their holistic edge. It is the combination of the great instrumentation along with the vocals that really makes Pick A Piper what it is: 38 minutes of utter delight.

Pick A Piper reminds me of Caribou, The Postal Service and Hot Chip; with my eldest daughter hearing similarities with Owl City when I played the album out to her in the car. Think too of Thom Yorke’s Atoms for Peace or on the deeply layered nature of King of Limbs and you'll get the gist. Weber’s music sits nicely with the current output from Ghostly International and it wouldn't be a shock to see Weber’s project on the same bill as Tycho or Shigeto or featured on the same set list.

From the opening bars of ’Lucid in Fjords’ to the closing of ’Dingy in a quiet Cove’, Pick A Piper is a treat for indietronica fans like me with each track holding their own. I dislike the ’all killer, no filler’ cliche but it is true for this album - each track could be easily played in a forward-thinking DJ’s set.

I would highly recommend fans of the bands mentioned above or, in fact, of the fabulous Ghostly International ... Pick A Piper is definitely up there and well worth checking out.