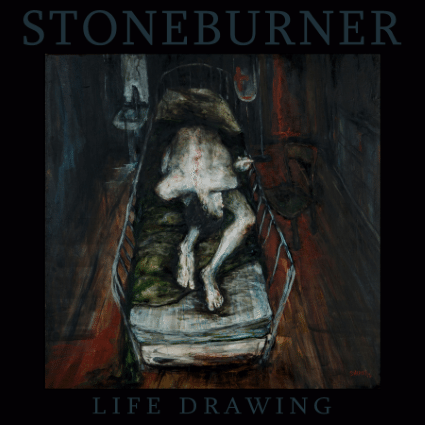 Out on April 14th through

I was uninitiated to Stoneburner prior to sitting down with Life Drawing, but I have heard good things on more than one occasion. Active in the Portland, Oregon underground scene since 2008, last year the band joined Neurot Recordings to release what has become, Life Drawing, their second full-length document and third overall release.

I am here to tell you this is a stunner. Heavy, vast, ceremonial and some sections that are just downright gorgeous. Quite a bit of extreme dynamics and abrupt shifts are at play here, but it works perfectly all the way through. This is a solid and cohesive piece of music.

The first two tracks, ‘Some Can’ and ‘Caged Bird’, are leviathans that coil back into some quieter moments briefly, but are pretty relentless in their intent and presentation. The third track, the acoustic number ‘Drift’ is inspired and quite ethereal. In the best possible way, it reminds me of Opeth when they draw back on the intensity slightly. The contrast is jaw dropping.

‘Pale Eyes’ was another I thought to be a real standout. The intro is spooky as can be and breaks out into some ferocious passages a little further down the line. Simply put, there is an intense drama to it that enhances their sense of command on Life Drawing. They know what they are doing and where they are going on this album from the start.

In addition to all the spectacular contrast that occurs, it is psychedelic too. The track ‘Done’ leading into the album’s conclusion is impressively psyched out. The haze and fog creep in throughout Life Drawing and manages to fuzz your ears pretty steadily.

I believe they saved their absolute best for last. ‘The Phoenix’ is one bewitching song. Familiar sounds and textures creep in from previous tracks, crash into each other, intertwine and reform into a slightly different state as it evolves. That is pretty impressive songwriting. A synthesis of many different elements of heavy music exist here. I thoroughly enjoyed Life Drawing from start to finish. Highly recommended listening.