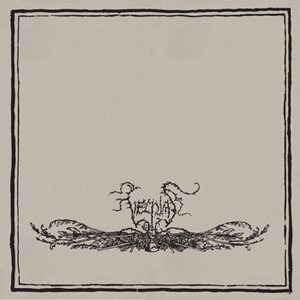 Re-released on April 21st through Eisenwald

Re-issues are always awesome. You get more from the release; more liner notes, free cool posters, maybe a shirt and of course, if you buy it in vinyl, you would get a release in a super awesome color. However, since I am just reviewing the electronic format, I don’t get any of that; super sad face. Available for order, the reissue comes with new artwork and the vinyl comes in two different colors for all you record collectors out there. That alone would be a reason to pick up this re-issue.

Sovereign Nocturnal was the premier album for Velnias, who hail from the dark, cold, and mountainous region of Boulder, Colorado. This city sits at the foot of the epic Rocky Mountains, so I imagine that is where most of Velnias got their inspiration for this album.

Velnias is a great band to listen to. Their albums are always an epic mystical soundtrack. Sovereign Nocturnal, while only three tracks, runs for more then half an hour. It opens up with a long drawn out intro which leads into and epic running of drums and guitar. The mood for the album is deep, with lingering folkish tendencies, interludes of reverberated guitar, paganistic drumming rhythms, and sounds of nature.

Sovereign Nocturnal, though is how Velnias got their feet a little wet into the atmospheric black metal genre. This album had a lot of atmosphere, but a little black metal. Finding a sound is always tough and some albums are just that. I think that Sovereign Nocturnal was that album for Velnias, finding the perfect balance between in some of their later releases. I do like this album, but not as a black metal record. I like it as more of a backing soundtrack, the songs are long and ever changing, have interludes of complex drumming, and allow the listener to kind of wander in its ebbs and waves of audio. It is dark at times, but not in a traditional black metal sense, but more of a heavy impending funeral doom.

I would recommend this album and of course highly recommend the re-issue, just for the added collectors swag, if you want to listen to something to get lost in. Something you can turn on and just let it play. Something easy on the ears and heavy!