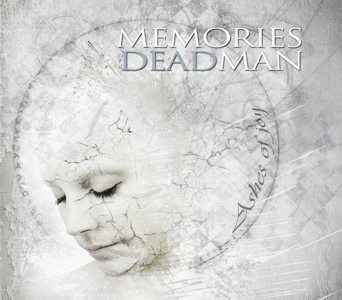 Memories Of A Dead Man

For this review, I am going to step out of my comfort zone; I am going to venture into the realm of meta. One aspect of preparing for this review flagged up a rather serious concern regarding the album in question. After having listened to the CD and made notes on each track, I went about my usual procedure of reading others' reviews of the album. What surprised me greatly when doing this research, is that the album described in 9 of the 10 reviews I read seemed far removed from the album I had just listened to. It sounded like the reviewers were writing about, or even hearing a different album altogether, and one far better than I was hearing.

The album in question here is Ashes Of Joy, the third album from a French group by name of Memories Of A Dead Man. The band themselves use the words “post-core” and “ambient metal” to describe their sound, and count names such as Deftones, Cult Of Luna, Opeth and Norma Jean among their influences. Some mental images already began to form before the CD even hit the stereo, and they were quickly confirmed as the prelude track 'Solemn Requiem' rumbled forth. The track is pregnant with atmosphere in the grooving gloomy riffs, and exceedingly thick bass sound which was mixed in a separate studio to the other instruments. The song also introduces two of the many facets of Pierre Deneau's vocal chords: a hoarse roar and booming growl, the latter of which reverberates chillingly.

Now, here is where the overwhelmingly positive reviews clashed with my ears. Despite spinning the album several times, there are very few moments overall that stick out positively in memory, which is an ill omen for an hour-long album. Having primarily been written by guitarist Ben Debrun, it is then intriguing to note that few of the riffs are at all memorable or original. Most of the tracks follow a shifting landscape of blaring post-metal grooves and hollow periods of quiet meandering. There are several nods to Textures and Gojira among others, but they fail to be fully assimilated into the overall sound. Some moments stray even closer to other bands; the intro to 'Going Out With The Whore's Saliva' bears a remarkable resemblance instrumentally to a latter-era Altar Of Plagues song. What others called brooding and ingenious actually comes across as flat and lackluster, and it becomes a burden to sit through the album.

With the music providing little to engage with, Deneau's voice becomes the de facto dominant feature of this album. Recorded in 5 days with no attempts to hide the blemishes, his accented voice commands or distracts much of the listener's attention throughout. On some occasions, this works relatively effectively: the whole band hit a confident stride in the chorus of 'Melancholia', and in the first minute of 'Wounded Knee'. The switch between vocal styles, however, is somewhat hit-and-miss; one second there's a full-on roar not unlike Randy Blythe's, the next they resemble Gojira's Joe Duplantier's sneer, and on more than one occasion there's a divisive Peter Steele-esque baritone clean. One thing is for certain; Duneau's vocals have regressed since the earlier material, particularly his now-scratchy harsh rasps. The one time this style works well is in 'Touched With Pensiveness', when intermingled with an off-the-wall female operatic wail that enters the latter part of the track.

Memories Of A Dead Man may have had positive intentions with this album, but the result is an incoherent mess of influences that ends up sounding less artistic and more pretentious than anything. My dabbling with their previous albums has been more a fruitful exercise, particularly the début, and those albums I can recommend. But Ashes Of Joy leaves far from a pleasant aftertaste, and what is promised onscreen is not matched on record.