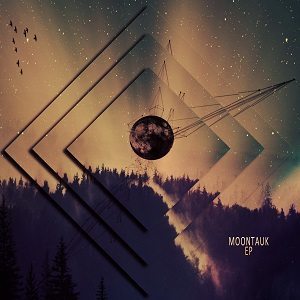 Moontauk is a five-piece band from Ciudad Satélite, Estado de México; it was formed less than a year ago by Richard, Gerbass, Mosh, JL Volpi and Pakits. Their music has an incredible quality that has given them recognition in their home town and many other cities around the world, they are considered as one of the most important breakthrough artists of México. They have played in important venues like Caradura or Tianguis Del Chopo and their first single is being played in Reactor 105.7, the most important radio station of the country.

Moontauk EP  is their first release; it includes 4 instrumental songs and a second version of 'Humanoide' as bonus track. Their music is clearly influenced by bands like God Is An Astronaut, 65daysofstatic, This Will Destroy You and Sleep Party People, which leads them to a Post-Rock-ish style but the structures of the songs don’t fit completely in that genre. Their sound has also some hints of Trip Hop, Indie Rock and the so called Space Rock.

The first song is called 'Lost Forest’; its intro makes us feel like we are about to witness the first sunrise after a long period of darkness, they use a lot of synthesized sounds to create the atmosphere and when the instruments appear we can hear a well-crafted harmony that has hypnotizing electronic sounds floating between the distorted guitar riffs, powerful drum beats and the remarkable bass line. This song is the one that represents the band’s unique style in its best shape; I guess that’s why they decided to release it as their first single. 'Leviathan' is a more complex and diverse track, the beginning sounds like voices howling, they stop when the bass takes control of the song, what comes next is a fantastic progression of a formidable melody that guides us to a piano sequence that sounds a little bit to those that are commonly used by 65daysofstatic; the instruments complement each other in a perfect way and are accompanied by electric noises in the adequate measure.

As third piece we find 'Humanoide', a track that basically has the same characteristics of the other two but it's more dynamic and danceable. Through almost 7 minutes it gets the goal that all the instrumental songs must achieve, make you feel.

The multi layered guitar pace that introduces us to 'Digital Native' creates a relaxing moment but when all the instruments join in, it slowly accelerates and mutates into a powerful tune, it continues for a little while and then goes back to the guitar-drum pace. Right after the end of the song the rhythm gets heavier again and ends with a nice wave of synthesized sounds.

The bonus track is a re-make of 'Humanoide', for this version the band decided to include lyrics and invited the singer Brun to collaborate with them. The result is not bad, the voice and music sound really good together, but I prefer the instrumental version. I certainly hope it was just an experiment and it doesn't mean they will change their style in future recordings.