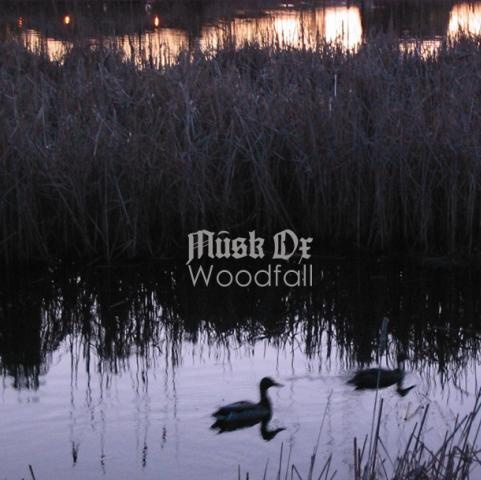 Musk Ox are a neofolk three piece from Canada. Formed by classical guitarist Nathanaël Larochette, joined by Raphael Weinroth-Browne on cello and Evan Runge on violin. Their new full length album Woodfall shows them as seriously talented musicians who have made a beautifully sculpted instrumental classical folk album. An album that could never have been made without a true knowledge of post-rock and metal, in which this band's roots are firmly set.

At 1 hour long and with only 5 tracks - this album is nothing short of epic.

The first track 'Earthrise' breathlessly eases its way into a blend of classical and folk guitar styles played by Larochette. Then moves in with soaring modern but traditional violin lines which are effortlessly interweave. Combined with the cello, that gives a warm but dramatic sound; you can imagine the vast and sweeping Canadian landscape from which this Musk Ox roams!

By the time you reach 'Arcanum', you can hear the metal influence truly coming into force. With tight cello stabs mixed with the guitars riffs which Meshuggah would have been proud of (only acoustic). The composition compliments the subtleties of the three instruments to dramatic effects.

Woodfall has moments of sadness and joy but can also be rather intense in parts. It also has a quite modern sound which is rare when listening to music of this genre. It's definitely one to put on while you work. I would recommend it to anyone who enjoys neofolk and to folk musicians who want to learn something about arrangements. Let's hope these guys come play in the UK at some point.