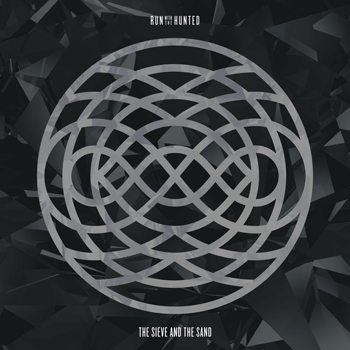 Run with the Hunted

Out on June 3rd through

For Run with the Hunted’s fourth album, The Sieve and the Sand, the band clearly decided to push even harder against the boundaries they are already known for pushing. After the intensity of their self-titled previous release and the years between that album and The Sieve and the Sand, it is only fitting that the teeth-grinding intensity the band is known for is more than present. Within the album’s first few moments, I knew the wait had been worth it. The Sieve and the Sand is a masterful example of progressive hardcore that reaches towards the sky, yet digs itself into the filth as well.

I had the privilege of seeing Run with the Hunted some years ago at a house show in Flagstaff, Arizona. It was during a time when great hardcore shows still happened in Flagstaff, and Run with the Hunted ripped the place to shreds. It was the type of set that you simply can’t take your eyes off of. Vocalist Drew Wilkinson stomped across the stained carpet floor while the band tore through an incisive and brutal set that felt like a clean punch to the jaw.

I bring this up in detail because Run With The Hunted have proven, once again, that they are a band capable of very clearly putting on record the intensity of their live show. The Sieve and the Sand opens with ‘Silent Spring’ a frenetic romp that finds Wilkinson screaming over gut shot drums and breakneck pace guitars. It is a moment where I find my only reaction is to think, “Whoa, what just happened?” And I mean that in the best way possible.

If ‘Silent Spring’ is an arresting first track, Run with the Hunted keep a vice grip on the listener on ‘Over the Footbridge’. The track provides great evidence for the direction that Run with the Hunted have begun to steer towards. There are plenty of opportunities for the band to inject some classic headbanging hardcore “big moments”, but instead opt for lengthier progressions with a few spare moments where the hammer is brought down heavier than expected. Just listen through to the last quarter of ‘Over the Footbridge’ and tell me you don’t feel a headache coming on.

Among all the amazing things that Run with the Hunted have done on The Sieve and the Sand, credit must also go to engineer and mixer Alex Astrada and New Alliance East, who mastered the album. While some of the band’s previous records are gritty and raw, they tend to sound a bit flat. On this album, however, the overwhelming intensity is still there, but everything is extremely well balanced. In other words, pretty much everything sounds amazing on this record, from the band’s performance to the production.

The album’s latter half offers up lengthier tracks than the rest, and while they are still pretty intense, they tend to meander a bit. ‘St. David’ is a narrative that mostly leans on Wilkinson’s vocals and storytelling to carry the track. Despite that, it is interesting enough to carry on to the album’s closing title track. The song features a massive build that culminates with Wilkinson shouting, “The most you’ll ever need, the best you can ever be, is an authentic human being, true to yourself.” His intensity is convincing enough. This manifesto is a perfect culmination for the record, which finds Run with the Hunted digging deeper into the realm of modern hardcore.