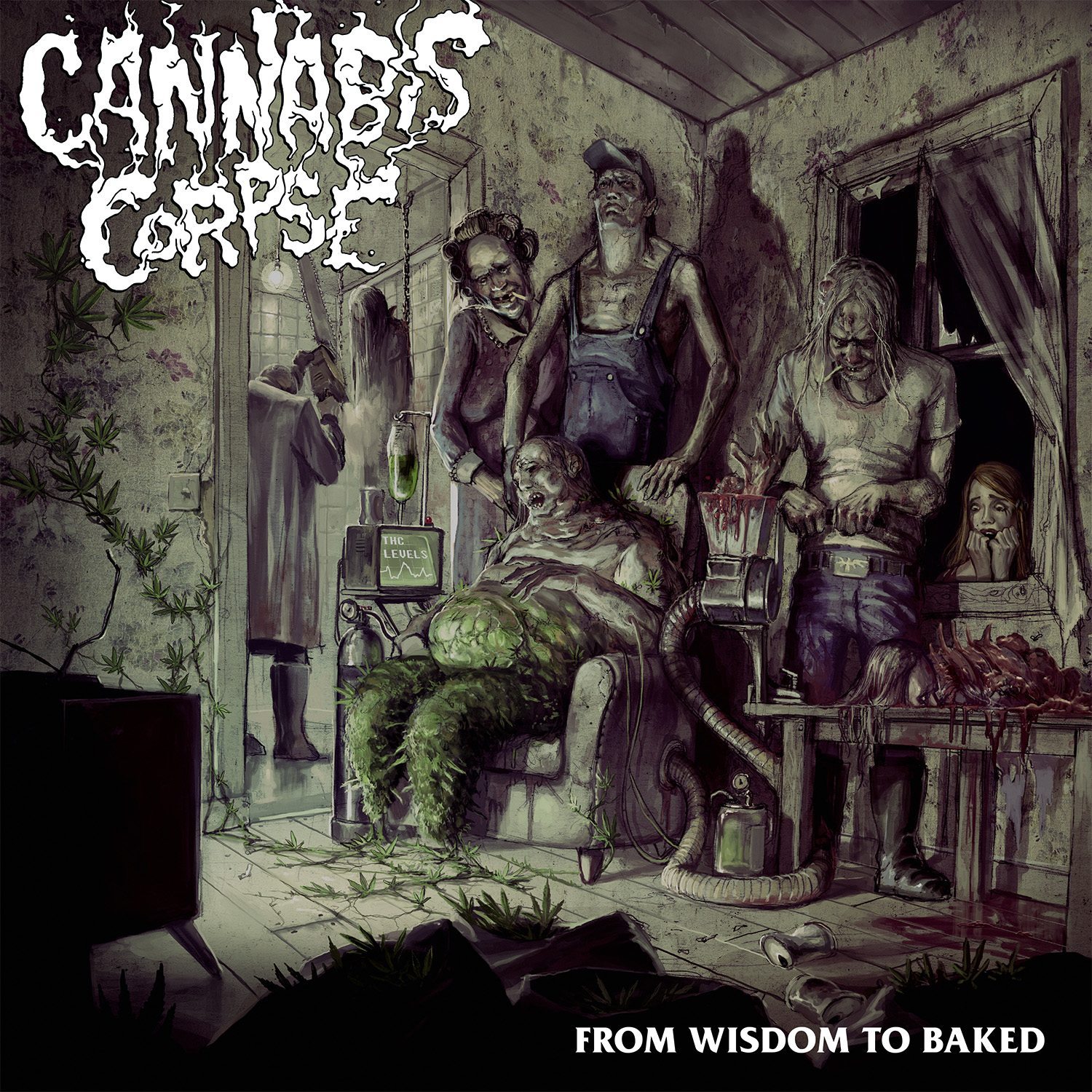 Richmond, Virginia’s Cannabis Corpse has taken a huge step forward with their latest release, From Wisdom to Baked. Forget about weed references and Cannibal Corpse jokes. Cannabis Corpse has moved out from behind the curtain of gimmicks and parody. The band has released a death metal album with hooks and originality.

Make no mistake; these three guys love some marijuana. Through the haze, they manage to create some truly crushing death metal. True to form, every song and lyric is a weed reference. The band still likes a good joke too, as evidenced by the album’s title. That’s the first of two Gorguts mentions. The second shows up in the title of the ninth track, ‘With Their Hash He Will Create’. The music pulls influences from Morbid Angel and Gorguts, as well as the band’s namesake. There are plenty of old school death metal guitar solos too, something that breaks from some of their previous work. Cannabis Corpse really has cranked it up a notch. The bass lines stand out in a way that they never have before. The mix brings the thundering rhythms to the forefront. They are really interesting, and previous Cannabis Corpse recordings haven’t showcased them in such a way. The drums are pummeling in every way you’d expect, and the guitars are heavy and filthy.

‘Weedless Ones’ and ‘Pull the Carb’ have a classic death metal feel with a touch of forward leaning, progressive overtones. ‘With Their Hash He Will Create’ and ‘Considered Dank’ will demolish you with their red-eyed, weed-fogged anger. Original Cannibal Corpse vocalist Chris Barnes makes an appearance on ‘Individual Pot Patterns’, bringing his signature growling voice to this modern classic. Barnes is a proponent of marijuana legalization, so his cameo fits perfectly. It’s also a hell of a lot of fun, as this whole album.

You don’t have to be a pothead to get into From Wisdom to Baked, although the two activities are certainly an enjoyable pairing. Cannabis Corpse is not just a parody band, and you’d be making a mistake if you passed on or anything else they've released, for that matter.