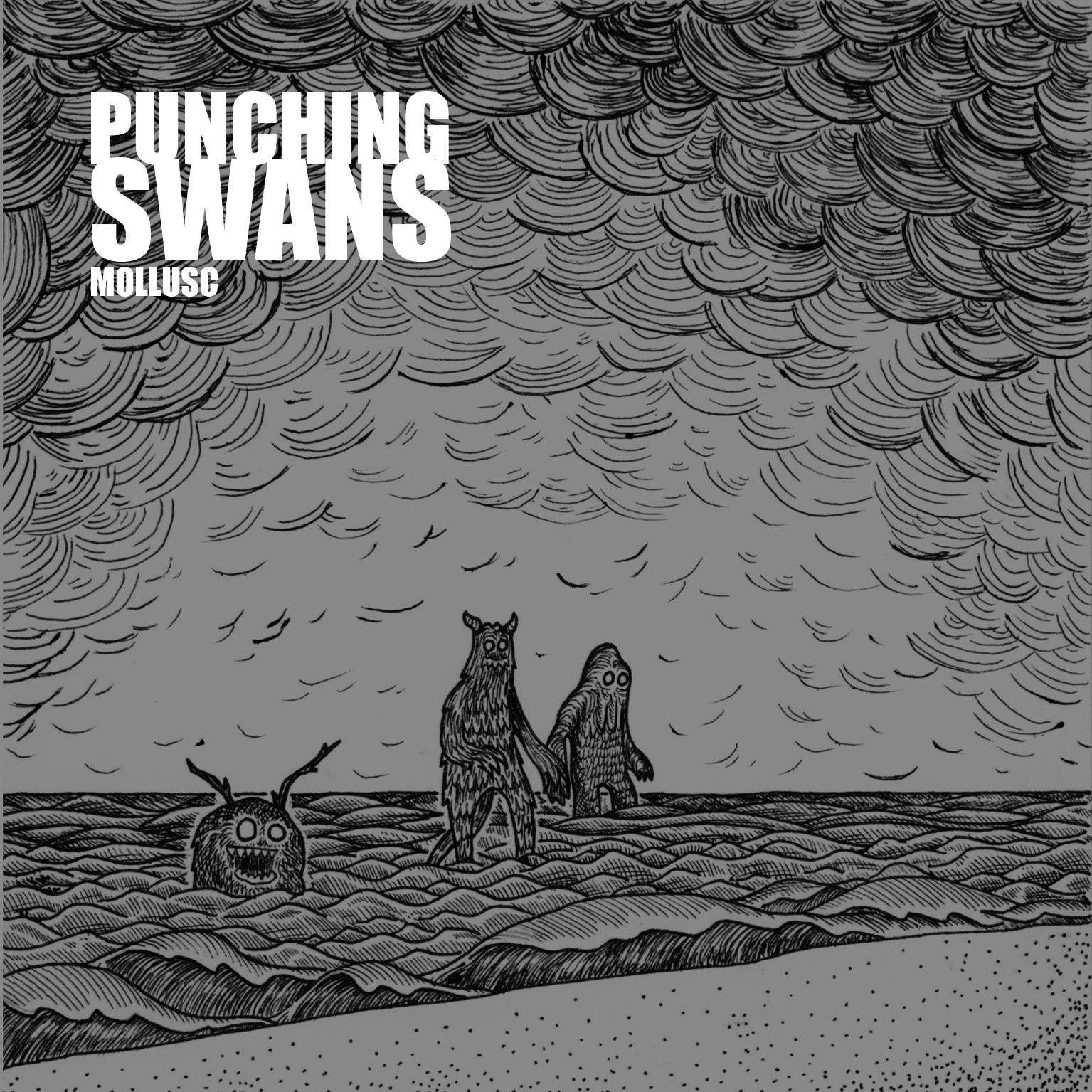 Mollusc is so good it’s going to induce mass hysteria and a reordering of all natural laws; policemen will turn in their badges and dispense amphetamines; nuns will prance naked around pyres of burning veils; the rich will barbeque themselves for the nourishment of the poor; the demented will rule over all and bestride the globe on steeds of bison and hippo, smiting those who talk of moderation and restraint.

Hyperbole? Possibly, but certainly the consequence of over-exposure to Kent-based Punching Swans second album. It’s dangerously addictive, as inspiring as it is awesome, and a powerful blast against musical mediocrity.

Punching Swans describe themselves as ‘heavy math punk’ which is just about perfect; a lot of contemporary ‘math rock’ is overly complicated, self-indulgent virtuosity that might elicit the nodding admiration of musical dilettantes but will never inspire a riot. Mollusc surely will, and proves that you can employ the defining features of math rock whist having a filthy edge. The music bristles with energy, intent and a joyous abandon that comes from real technical incision. There’s a frenetic quality throughout, with the odd time-signatures and pulsing breaks serving only to accentuate the otherwise ferocious assault.

The songs are full of rich imagery and bizarre characters; it’s Alice in dystopia…a carnival of the absurd…aural LSD! Ever wonder how many demons it takes to change a light bulb? Or what type of dream makes a clown get out of a party? After listening to this you may well spend hours pondering such profound quandaries while tapping your feet manically to the music still reverberating around your head.

Though individually powerful, the songs work best as a collective, a narrative framed around the themes of incredulity, disaffection, and a world where ‘a strangeness has been growing’ and is now unleashed; it’s the soundtrack to a David Lynch film about a herd of elephants stampeding through a fun fare. First track ‘Favourite Nightmare’ sets the pace; it’s a medley of riffs and call-back lyrics which screeches and winds towards a sudden stop.

The songs vary from the 60 seconds of mayhem which is ‘Hellfissure’ to the more menacing ‘Mollusc’, while ‘Limpet’ is perhaps the most eclectic song and indicative of the bands musical dexterity. ‘Rhino in Heels’ – my personal favourite – is immediately captivating; driven by a salacious grove, it’s pure sonic amphetamine. ‘Clown Karma’ – the first single from the album – is chaotic yet melodic and sounds like a circus riot in hell. The drumming throughout is particularly impressive from the complexity of ‘Limpet’ to the more ferocious pounding on ‘Deadhead’ and the near tribal sound on ‘Monster Pilot’. ‘One Born Every Minute’ brings the album to a close; it’s a savage, shearing crescendo which ends suddenly. And the ensuing silence is deafening.

As Mollusc is released so too are creatures and images that cannot be constrained. It reminded me somehow of Bukowski’s poem ‘Dinosauria We’ with its sense of a world gone mad, nature in revolt and imminent chaos. Without pretension or conceit, Punching Swans have cut mercilessly through the post-modern existential crisis with all the precision and sonic fury of a surgeon wielding a chainsaw…(whilst dressed as your favourite furry nightmare).