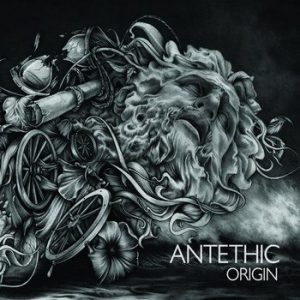 Russian post-rockers are a rare breed (don’t be fooled – despite their name, Russian Circles actually hail from the not-so-exotic Chicago). That’s why I had high hopes for the first LP from St. Petersburg foursome Antethic to be a distinctive experience.

With the evocative title “Origin” and mysterious cover art depicting a Zeus-like figure floating through broken debris, who can blame me for expecting a powerful album comprising of tunes that convey the thrilling saga of an epic conception?

What we have instead is a reliable stream of steady instrumental work that on the whole doesn’t quite distinguish itself from the droves of post-rock material out there, but does contain moments of true brilliance.

Describing their style as containing “elements of post-rock, progressive rock, drone, shoegaze and ambient”, Antethic has been producing complex instrumental rock tracks since 2012. The songs from their two previous EPs are a delightful mixture of melodic post-rock riffs and heavier progressive undertones. That’s why it’s also slightly disappointing that their first LP contains some material that underwhelms when compared to their whole body of work.

This is especially true of “Origin”s first and final tracks, ‘Time Forward’ and ‘White Whale’. The music that’s supposed to frame a listener’s journey instead feels almost like fillers that the band produced to make up a full LP. The album feels a bit thin and lost until five minutes into its second song ‘Cheliuskin’. It then begins to gain some texture and eventually returns to the complexity the band’s previous work displays.

When you hit the fourth track, ‘This Game Has No Name’, it suddenly clicks why this record deserves a name as meaningful as “Origin”. ‘Morning Glory’ is my favourite track from the whole album – a heavy, multifaceted development that beautifully grows to display the true range of skill Antethic posesses. It’s a journey all on its own.

The album definitely deserves a listen, and you will find a stand-out track within it to your liking. Unfortunately this won’t include the two tracks that should poignantly mark the beginning and end of your latest experience with the band. It’s just a bit of a shame – if they’d stuck with a shorter EP, Antethic would have an origin story brimming with brilliance. 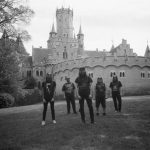