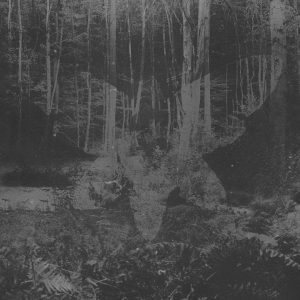 Released on March 1, 2014 via Church Of Fuck / Holy Ground Records

Grindcore has always been a genre that glorifies filth in both sound and artwork. And it fits the billing rather well considering the relentless onslaughts that genre champions like Napalm Death or Rotten Sound have helped establish and maintain. The explosion of music genres in the last few years (via the advent of the Internet), especially of grindcore and powerviolence, has showcased a lot of bands taking up a lot of space. Not a bad thing, I like something new to listen to but with the murky saturation of it all it’s hard not to feel a little jaded.

The Durham, UK based quartet Cholera unleashed their latest EP Plagarised Hope. Their first album Egotism was released in 2012. While some people were surprised by its variations in sound and song, including some very standout bass, it sounded a lot more like the band wanted to bring out that noisey element. Not to mention it also sounded like it was recorded in a garage.

Plagarised Hope is actually a lot less noisey than Egotism. To an extent. The recording quality has been stepped up and the band sounds a lot more distorted this time around. The noise has been toned back this time around, with Cholera opting more to mix it into the songs rather than using it as string to tie everything together.

What has me down about the band is that nothing ever seems that interesting or intense. Yeah, everything on Plagarised Hope sounds stepped up, even feels a little stepped up, but Egotism was only so-so to begin with and this doesn’t feel like a shot to the heart. From the intro lick of ‘Eyeless’ to the chugga-chug of ‘Puppet’ the band never feels like they’re getting off the ground. Sure they, again, showcase a good amount of variation in song structuring but the execution isn’t spectacular.

The best tracks come in the thirty-second stab of ‘Gristle’ and the two-and-a-half minute ‘Anonymous’. Both tracks are by far the best the band has written. ‘Gristle’ is a tense, blasting chunk that ends with a powerful thump and drone, and is easily the most punk song on the EP. Whereas, the shrill ‘Anonymous’ has moments were it feels like it wants to tear through the speakers. The song is perhaps their most perfect yet. Unfortunately the rest of the record doesn’t hold up to these two songs.

It’s okay. That’s all that can be said. Cholera have their moments of sheer intensity whilst nailing in elements of noise and heavy, chugging parts. They’re good at what they do, but when all’s said and done I never felt like I needed to hear it again. They walk the Entombed/Nails path alright, but are never on the verge of erupting or feeling sonically savage. Doubtless the band is going to get better, but for now Plagarised Hope is simply okay.