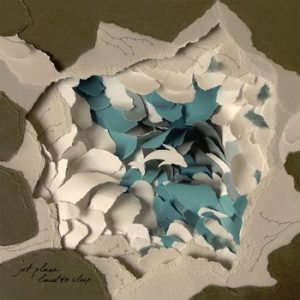 It can be hard for me to separate my excitement at hearing something I’ve never heard before from its actual quality. I will give things free passes it may not deserve if it shows me something new and unique, but for what it’s worth, I don’t think I have to do that with Jet Plane’s Loud to Sleep, out on the Japanese Ricco Label, an outfit whose output is nothing if not fascinating.

Jet Plane come from the small but powerful scene of Russian post-rock bands, a scene I’ve long loved exploring and has produced some absolutely incredible bands, Jet Plane being no exception. Blending folksy, traditional sounding melodies with trembling schäferpfeife, a type of German bagpipe; and fuzzed, roaring guitars. It’s the kind of sound that works so well I’m left scratching my head asking why various bagpipes haven’t become more of a staple in post-rock. They’re a perfect high, bright drone instrument for cutting thick, heavy mixes of guitar and drums. It’s capable of delivering both a folk sounding melody and a loud, piercing drone. Hopefully this is a sign of things to come, as more post-rock bands are starting to experiment with traditional instruments to great success (Korea’s Jambinai comes to mind).

The reason I say I don’t think I need to give Jet Plane a free pass for being unique is that most of the songs are very much standard post-rock fare, but they maintain a level of quality and excitement that put them above the masses. The eleven minute ‘Sundog’ comes to mind. There’s nothing on this track that will surprise anyone, it’s a completely predictable soft/loud/soft/loud track but does it well and it’s very engaging. That said I do prefer their bagpipe songs, which sadly are only really the first two tracks.

I hope Jet Plane keeps up this direction and goes further into it. My only criticism of Loud to Sleep is that it underutilises its biggest selling point, the bagpipes, but even as a more typical post-rock band, they lay out an impressive set of compositions that I would recommend to anyone. 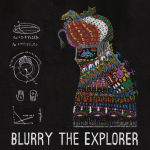