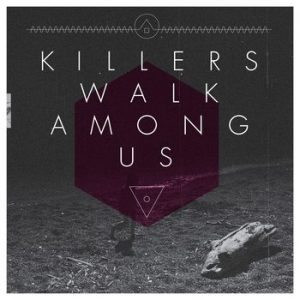 Perhaps it can be argued, albeit slightly controversially, that we have become significantly desensitized as a race.  When exposed to the true horrors of the world via the news we change the channel, we shut it out, or worst of all we ignorantly and selfishly think “at least it didn’t happen to ME. Or MY family” and then we move on in our own little bubbles. It has become increasingly the norm of our society to trivialise words and feelings whose origins hold the utmost importance. Every day we encounter sentences such as “How TRAGIC is her hair?”, “My bank balance is so DEPRESSING and I still have a week until pay day”.  “That is a HORRENDOUS outfit” making the true meaning of such words and feelings become progressively obsolete.  I am so grateful and so lucky to be surrounded by people who are empathetic to the point that when faced with be it a friend, or a complete stranger’s real, intrinsic pain and suffering, they feel it with every fibre of their being. It resonates.

From my own personal experience, most of these people are deeply entwined with music. It becomes their saviour, their solitude, their guardian, their reminder to feel sadness, to embrace each high and each low of each sweeping note, and  each well penned lyric that makes you say “hey, I know exactly how that feels. I’m not alone!”.  Music can be the bearer of so much joy, and a message to carry on in times of despair.  The debut, self-titled album from Sweden’s Killers Walk Among Us is a perfect example of all of the things listed above. It is a record that is fuelled by raw honesty, genuine pain, and incomprehensible talent. It is a record that is profoundly sad, and startlingly beautiful, and became so much a part of me that it has taken quite some time to find any words that could do the album even a small percent of justice.

The album opens with “Bonjour Tristesse” (French for Hello Sadness) condemning the album to its main theme from the offset.  There is an immediate post-rock meets indie-rock soundscape that is larger than life, featuring incredibly emotive vocal arrangements, harsh guitar riffs that wail warning signs of an all-consuming impending darkness we are unable to outrun.

It is the second track of the album “Quitter Happier” that holds the most power for me. On first listen, tears streamed down my face and my heart ached alongside incredible brass sections and wonderful chord progressions that to me are so beautiful and all-encompassing they hold an omnipotent quality.“Från Ramberget ser jag allting som någonsin hänt oss här”(From Ramberget I can see everything that ever happened to us here) is monumental in terms of nostalgia and almost escapes the darkness for a large portion of the track.  There is an intermittent sense of love and joy within lyrics such as “these are the nights I care for, the only nights I care for, you are the ones I care for, all that I really care for is here” along soundscapes and harmonies that swell and expand in bursts of contentment.

“Silence Is Golden” is a spell binding track that showcases extremely raw and jaggedly powerful vocals which juxtapose the softer, smoother, lead male vocals in an extremely powerful, unexpected yet enticing manner.
My method of reviewing sees that I listen to the music before reading further into press releases or researching the band in question. I do not  wish to be swayed or put off or influenced by what I am reading before I have listened. Therefore, it came as a complete shock to read that the brainchild and lead singer of Killers Walk Among us, Stefan Holmberg sadly passed away pre-album release having lost a tremendous battle with depression, and it is his struggles which are documented within the album.  It is with the heaviest of hearts that the remaining band members have made sure Holmberg’s efforts and his struggles were not in vain, by releasing the 10-track album for public consumption. It is a true tragedy that Holmberg is unable to see the imprints his music has left on many people, including myself, but his legacy will live on through this album. It is a record I will never forget, not only because of the back story, but because it is truly brilliant. As the album fades out with the spine tingling “The Worse Is Over”, it is my deepest wish that Holmberg and the remaining band members have finally found some semblance of peace.