(((O))) : Godspeed You! Black Emperor – Asunder, Sweet and Other Distress 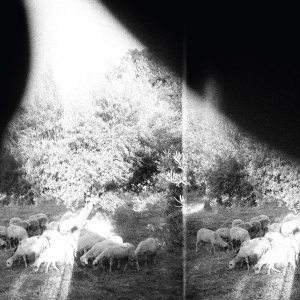 Released on March 31, 2015 via Constellation

In 2012, I had the opportunity to sit down at a bar in San Francisco with Godspeed’s David Bryant. It was a fun conversation and he was a genuinely interesting yet surprisingly unpretentious man, but at one point, when he’d discovered it was my fourth consecutive night of seeing his band, he asked me why I’d bother with that, stating directly: “we write to a formula.”

I’ll probably never forget that. I’m used to artists being self deprecating, but having it so bluntly put to me that a band that I considered to have the most preciously unique, innovative and influential output since Penderecki was simply going through the motions that made them initially successful was a bit of a shock to my, admittedly idolising, system.

Upon reflection, I don’t disagree that Godspeed have a formula for what works, and that formula has definitely remained, although reduced to its most basic elements since their reformation three years ago. Scarce are the softer, arpeggiated passages that punctuated their earlier output; the driving, discordant sounds of post-apocalyptic orchestras now dominate the more “musical” spaces on the album.

The ambient passages have been replaced entirely with highly dynamic, complex, atonal drones. What the Quebecois collective have lost in subtlety, they’ve gained in catharsis. The opening, ‘Peasantry Or ‘Light! Inside Of Light!’’, vividly conjures imagery of a revolutionary marching band, ringing in the fall of old regimes with their whole heart on broken instruments. It’s a strangely triumphant and uplifting piece of music, one which makes me recall a comment Efrim Menuck once made about Godspeed trying to “make a joyous noise”.

The middle two tracks are drones, much like the palate cleaners from the previous album, but these drones are far more interesting, using a much wider range of textures and arranging them in much less predictable ways. Though I think ‘Lamb’s Breath’s’ outro does overstay its welcome by holding one note for two and a half minutes, it’s a mesmerizingly suffocating miasma that prepares the listener perfectly for the slow, patient build of ‘Asunder, Sweet’, leading into the pinnacle of the album: ‘Piss Crowns Are Trebled’. Though just shy of fourteen minutes long (though by three minutes the longest track on the album), it contains some of Godspeed’s most brilliantly executed transitions to date, singing the mood of the track from the darkness of ‘Mladic’ to the brilliance of ‘Peasantry’ in a single, understated key change, before switching back with slow and suspenseful passage, leading out into an absolutely magnificent and energetic final push to the end.

Asunder, Sweet And Other Distress covers much of the same ground that ‘Allelujah! Don’t bend! Ascend! did but does so with more confidence. The changes Godspeed have made to their formula have been fully realised here, and once you get comfortable with those move toward a more polarised and in some cases challenging sound, you’ll discover a superbly powerful experience.