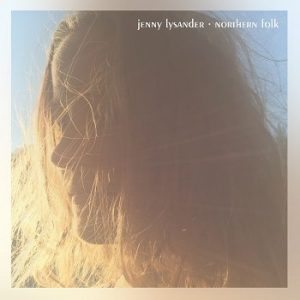 Jenny Lysander is one of those musician that appears out of nowhere but has a back story where they pick up a guitar and start writing songs at an early age only to arrive fully formed by the eventual release of their début album. We’ve been here many times before and will again in the future.

So it is an absolute pleasure to report that Lysander is one of the rare ones who actually is exceptionally talented and has the possibility of matching up to the heirs of greatness such as Joni and Marling. There’s a way to go yet but on the showing of this album, Northern Folk, there is every reason to believe she will.

Leaving aside those two previous luminaries though, there is much more of a Kate Bush feel about Lysander’s work. She imbues her songs with an otherworldly feel which transcends the moment and delivers an almost psychedelic feel to proceedings. It’s acid folk for a new generation mixed in with a certain Swedish charm which does wonders for the ears.

Highlights are aplenty with the upbeat ‘A Painters Brush’ setting the scene (well, upbeat in as much as music like this can be), the desolate pang of ‘Dancing On The Edge’ or the rather kooky and fantastic title track which manages to imbibe medieval nursery rhyme feelings into a jaunty beat. It’s as if the residents of The Wicker Man have produced a creepy love-child who will both swoon and terrify.

Lysander has a beautiful timbre to her voice, which never needs to reach for those high notes and totally disarms you as it evokes images accentuated by the at times childish lyrics. The wonderful accompaniment is sparse and serves to paint a backdrop to Lysander’s stories as every great folk song should do. And this is folk music, if of the more kooky variety, and one that is not as earnest as Laura Marling’s anguished cries for acceptance. It doesn’t have the soul searching pain of Joni Mitchell either but then not a lot of musicians do, it’s a bar to set your sights on but never to reach.

As a début album, Northern Folk is a minor triumph and very rarely bores. Repeated listens reveal more colour and nuance which goes to show the multiple layers at which Lysander is operating. It’s not perfect and there is room for growth but that is the case with every burgeoning folk artist and in Lysander we may just have a keeper. It will be interesting to see where she goes next and fans of artists such as Marling or even John Grant will find lots to love here.