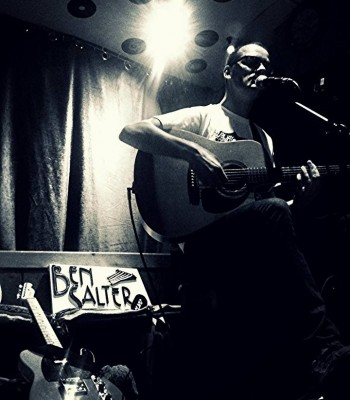 When my mum (who pretty much hated all music except Handel, Shakin’ Stevens and Buddy Holly) first heard about acid house, she immediately freaked out and started grilling me over the smiley face badge I’d pinned to my school bag. She’d read that the badge was an indisputable sign that I had slipped into a drug hell from which there was no escape. A secret message to dealers. The papers and the news said acid house was all about drugs and illegal behaviour. I had to explain that no, I wasn’t going to illegal raves and necking LSD or The Love Drug Ecstasy (TM) every weekend – in fact I didn’t even know what it was – and that I was just into the music. I suspect she never really believed me, despite the fact I was a dorky, almost friendless 13-year old whom she never allowed out of the house after dark… Years later, I made a similarly fruitless attempt at explaining punk to her – or punk as I understand it. Not all about snot and spit and safety pins and swastikas, but about it being ok to just pick up an instrument and get up and play music because you wanted to and you felt like you had something you wanted to share with people. It doesn’t have to be perfect, it just has to be honest. Punk is just doing it. Punk is like-minded folk, who are accepting and supportive of each other’s efforts and help each other out.

So far so rambling, eh? There’s a point – I’m coming to it. Eventually. Takes me a while these days… That said, I should probably talk about the gig now, eh?

The night saw Ben Salter launch his album Songs from the dead – letter box. The venue itself lends itself perfectly to the occasion. Small but perfectly formed. Intimate without being crushed. A little Brighton gem. There are copies of the ‘work-in-progress’ versions of the CD cover, photos and other items relating to the making of the album dotted around the walls of the cosy, soft-lit room. Every time I get up to go to the loo/bar/smoke, everyone quietly moves out of the way to let me through and my space is saved until I get back. The whole atmosphere is gentle, convivial, accepting, safe.

Salter plays the album through in a slightly different order, he explains, so that he doesn’t have to mess about changing tunings up and down all night. The set is nicely bookended by covers of Daniel Johnston’s ‘True Love Will Find You in the End’ and Billy Bragg’s ‘A Lover Sings’. Both really great versions and fit well with Salter’s style, but his own output shines through to such an extent I forget he’s played them until checking the setlist with him later.

This is stripped-back, raw and honest music – just a guitar and Salter’s voice ring out. The album only adds a few extra instruments as and when needed, giving plenty of room to let the lyrics breathe. And what lyrics. He has a turn of phrase that’s piercingly eloquent and, simultaneously, conversational. The content is clearly emotional but never verges on over-sentimental. It was just like he was chatting to us – or at times, like when you’re on a train, trying not to overhear someone having an obviously-difficult conversation with a loved one.

This effect is even stronger during spoken-word tracks/parts of ‘In Amsterdam’ and the bonus track (with which Salter starts the night and which, on second listen at home, almost brought me to tears. Yeah. I know). He’s not just singing words at you to be clever, he’s singing stuff that he thought and he felt and he wrote down. Stories. Observations. Stuff that, even if we couldn’t necessarily articulate it as well, we might all have felt. “Maybe that’s why we bury ourselves in other people’s songs / We find comfort in the way a songwriter captures exactly the way that we’re feeling / even if we couldn’t nail it or express it ourselves”.

The album was in development for several years and Ben wrote and performed all the songs (with some help on piano and violin). Yet he’s been careful to explain how much of a collaborative process making the physical product was. Recorded and mixed by an old friend. Artwork, painstakingly handmade for each copy by an artist Ben had been put in touch with at just the right time. CD design by another old friend, using photos taken by someone Ben had been introduced to at just the right time. Inserts – a ‘zine-inspired cut-and-paste of text along with previously mentioned photos – handmade in collaboration with a relatively new friend that, you guessed it, he met just at the right time. On the night, Salter performed (perhaps a little bashfully) in front of a neon sign bearing his name. A surprise, handmade by another friend.

A guy with something to express, brave enough and able enough to get up and do it – and do it well. People willing to listen, enjoying it, regardless of whether or not they’d consider it “their normal kind of thing”. A one-man show, to launch an album that’s been helped along by various meetings of like-minded people at just the right time, watched by a bunch of other, supportive, like-minded people.

If that’s not punk, I don’t know what is.