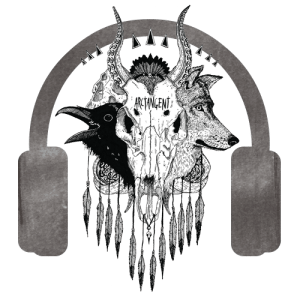 As ever, ArcTanGent are spoiling us with silent discos curated by an astounding array of awesome bands, this year featuring You Slut!, Rolo Tomassi & Brontide, Maybeshewill, Talons, Artscare DJs and Delta Sleep & Axes. But what would our bands play if they got their hands on the controls?

The top 50 Prog Rock albums of all time in order.

Probably tons of music that no one would want to hear. I’d probably play loads of Deftones and Meshuggah and John would play literally everything that you wouldn’t expect someone in a math rock to play. We’d be in our element and no one would be listening!

I’d start you all off with the blistering meat of Deftones, Melvins and maybe some OLD Mastodon. Then Isis (the band, not the terrorist cell) – Panopticon. I’d lead you all to your tents with some Grails (‘Doomsday Holiday’ would be my preference)

Seeing as I (John) am answering this it is going to be something daft. I suppose I would just torture everyone with a lot of Primus.

If it was up to me you’d all be dancing around to stupid shit like mmmbop, we’d probably let Todd take over though and dubstep the fuck out of the place.

Loads of 70s Funk and Disco, interspersed with King Crimson, XTC, and Converge. You know, that stuff that really gels well together.

Matt – A Celtic Frost/Jackson 5/Bobby Conn filled set of magic.
Steve – The TV theme’s to the following: Bergerac, The Rockford Files, Cheers, Hill Street Blues, The Professionals, Minder, Bullseye… and other 80s TV shows that many people will never have heard of before. But they’ll love them.

Probably 3 hours of Billy Joel’s back catalogue, with some ABBA and Madonna thrown in for Ben’s benefit.