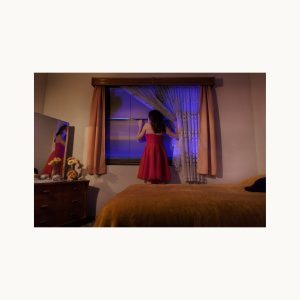 Released on August 7, 2015 via Bird's Robe Records and Art As Catharsis Records

Two things stand out most for me as I listen to Panorama, in Ten Pieces., the latest album from Sydney instrumental rock / post-metal band Dumbsaint. The first is the better balance in the mix, particularly the drums. They’ve achieved this without losing the clarity of their sound or that distinctive, cracking snare – I’m simply noticing more and being distracted by less. There’s a huge feeling of space in the mix that makes headphones a very different experience from the 301s in my lounge. It’s better suited to a proper stereo but enjoyable either way.

The second thing that stands out is their expansion into a more diverse sound from their first full length. Originally a three-piece, the band has been playing live with an extra guitar recently and it sure helps fill the sound out when things get loud, which is a lot of the time. On the album, however, Michael Tokar played all guitar lines, and there’s plenty of chugging riffs throughout its 50 minutes. You’ll be swapping between air drums and air guitar frequently during those louder passages. That’s not all – close your eyes and you can see the fat strings on that bass vibrating in time with the oscillations in your body.

But it’s the quieter, more restrained passages and the moments when you’re hearing the underlying layers that have clearly been the beneficiary of the band’s other art form – film. Whether this is the soundtrack to a film, or a collection of songs with a massive film clip (to be released in full later this year) is probably the wrong thing to be wondering, because it’s neither. I’ve written before about how their films work well despite being unreliant on dialogue, and these tunes also tell stories in their own right. With Dumbsaint, the sound and vision need each other, but on another level they don’t.

Similarly, the songs themselves work with each other yet stand alone nicely, giving you closure in each song (except perhaps in the link tracks), but also plenty to work with over the long term, in the same way as Cult of Luna’s Vertikal works. It’s clearly well thought out and it’s a surefire way of giving your self a whole lot more work than a purely ambient soundtrack built around eight bars replayed in various iterations throughout a film.

Crescendos and changes of pace are in the main explosive rather than slow burn, and rhythms stray off the straight and narrow now and then, all keeping you well awake and on your toes. The next minute though, you’re drifting down a wide river on a raft. But not all quietness is serenity, and in any case the rapids and jagged rocks are never far away. There’s a bit of anger, plenty of darkness, and a degree of creepiness, but it’s not sleazy – more Hitchcock or Psychoville than League of Gentlemen.

Dumbsaint are certainly drinking the same water as fellow Sydney-siders Meniscus, sleepmakeswaves, We Lost The Sea and Solkyri as well as channeling a little Russian Circles, Audrey Fall, Isis and the like. I’d steer well clear of saying that they sound like any of those bands though, having developed their trademark into a unique and interesting sound over the last few years.

Dumbsaint is steadily compiling a body of work that is held together by gossamer threads that you need to dig around for and because it happens over two different media there’s more to think about and discover. I’d love to see them expand into graphic novels or street art, but in any case this little universe is one that deserves exploration.

We recently ran a piece about life behind the scenes of Dumbsaint’s film-making process that’s a great insight, so as well as checking out the new record I suggest having a read of that.