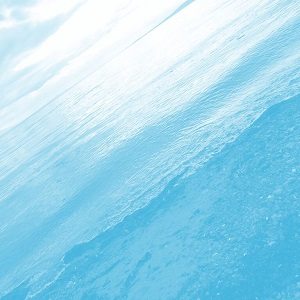 glaswegians, a one man band hailing from Canada, has once again graced us with another one of his works, Cape Lazo. Cape Lazo, located on Vancouver Island, is a day’s trip away from the bedroom studio. Both the album and its cover do an excellent job captivating that atmosphere. Serene ambience, the flow and ebb of the water.

The entire album clocks in at just over 52 minutes, about 15 minutes more than the debut. That’s a lot of material to create in only one year’s time. I’m impressed by the speed and increase in quality between the two releases. The first album felt a bit loose in its composition, but glaswegians recently stated this on their facebook page:

“a different approach was taken in the making of this album. last year’s album was more or less ‘winging it’, where parts of each song were written as recording went on. this time around, the music was mostly composed and demo-ed before creating the final versions. these songs feature more use of brass and woodwinds, and for the first time, the piano.”

These new instruments take no little part in this album, either. Consistently throughout the album they can be heard. My favorite passage is in ‘Caspian’ when the woodwinds lead into waltz-y sort of chorus, led by what I thought was a harpsichord, at first. It amazes me that this guy didn’t bother trying to get all these instruments that have faded into obscurity, he simply manipulated his guitar to suit his needs. He’s moved on from post-rock in my mind. This is far too complex and varied for such an ambient and stereotypically repetitive genre. My mind grabs words like ‘experimental’ and ‘neo-classical’ when trying to describe glaswegians’ new sound.

‘Empirical’ is by far my favorite track as a whole, with its Marching style theme and sheer tenacity. Ten minutes of pure musical bliss. The way the size of its sound comes in and out reminds me of the waves I see on the cover.

This album is simply leaps and bounds ahead of its predecessor, which is no small feat. Not a single instrument feels out of place, or unnecessary. The new sounds he conjures from his guitar alone impresses me deeply. It shows me skilled knowledge of guitar effects, and it’s mirrored beautifully by his acoustic melodies. This is an album I find myself enjoying while it’s playing, and repeating to myself when it’s not. I’m sure I will cherish this magnificent album for years to come.