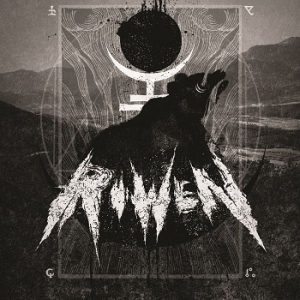 Released on August 28, 2015 via Indie Recordings

When it comes to music, Sweden has had it’s fair share of heavy hitters. Nasum, At The Gates, Refused, the Rednex when they unleashed ‘Cotton Eye Joe’ upon the world, and Cult of Luna.

Cult of Luna rose from the ashes of Eclipse, a hardcore band that were a part of the Umea hardcore scene. They went on to become one of the most successful heavy bands that have ever come out of Sweden. From that came some very successful, and great side projects that were offshoots of Cult of Luna, Khoma being the most obvious and most notable, but more recently a new beast has been born in the form of Riwen, a hardcore project that involves Cult of LunaL vocalist and guitarist Johannes Person alongside members of Totalt Jävla Mörker. They deliver a full on assault of no frills, bullshit free hardcore, and it is done admirably well.

This harks back to the sound of the mid 90s where the metal and hardcore crossover was becoming unavoidable. This is metallic hardcore that more than tips its head to Strife, Integrity and Unbroken in a few places but stays organic enough that latter day Poison The Well would have been proud to call it their own.

The Cold is short and to the point, clocking in at just under 34 minutes of intense, vicious old school hardcore. Make no mistake, there is nothing particularly new here, but with current bands in hardcore pushing boundaries with speed, technicality and heaviness, it is surprisingly refreshing to put The Cold on and really appreciate it for what it is, a great album filled with great songs.

Album opener ‘Crucifix’ is the first stand out track, it sets the tone for what is to come wonderfully. Its driving mid tempo is intense, and features some great lyrics, most notably “I’ll turn the cross upside down!” I could scream that in the face of the band all night. It also features a great breakdown. No one does great breakdowns anymore that make you want to pick up change. This does. ‘Strife and Hate’ is another stand out track for me, it’s fast, and it snarls with bared teeth for its entire 2 minute duration. There are other tracks worth mentioning in their own right, but the album works so well as a unit of songs that even the order in which they are placed plays a big role in how the songs relate to one another. We go from tracks with fast, driving tempos that almost boil with hate, to moody and brooding atmospheric segues. Each track has a role and plays its part wonderfully.

The record itself is raw, unpolished, yet sounds massive. I knew right away without checking that this was recorded by Magnus Lindberg, percussionist/drummer and recording engineer for Cult of Luna. The drums sound fantastic, the bass has girth and grit in all of the right places, and the guitars sound huge and dirty, yet crystal clear. Not an HM2 in sight, bliss. I’d love to get a lyrics sheet because I think it would add an extra dimension to an already great record. I already mouth along to lyrics I don’t really know.

A solid nod to a golden era of metallic hardcore, definitely worth checking out.