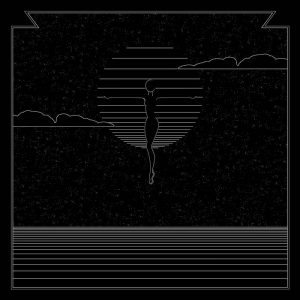 Released on September 18, 2015 via Apollo Records

There is something haunting about Changes, new album by Synkro (AKA Joe McBride). I’ve listened through it three times, and I still can’t quite put my finger on it. Whether it’s the subtle blending of dubstep undertones with D&B beats, or the minimalistic, ambient-esque tone of the entire album, Changes is sophisticated and, ultimately, quite beautiful.

With his debut album, Synkro manages to establish a unique identity. It is obvious to anyone who has listened to Akkord (of whom McBride is one half) that much has changed and, as a solo artist, McBride is refining his sound. There is a distinct change in the tone of Changes compared to, say, HTH035. Darker melodies mix with soulful vocals to form a creation that is equal parts beautiful and, more intriguingly, chilling. This change is not to say that Changes offers nothing for fans of Akkord. If anything, Synkro adapts the technicality of HTH035 and gives it a more natural feel. The tracks are overflowing with emotion, and it is clear that McBride put his all into this.

‘Overture’ opens the album nicely, with dark synths laying a foundation for lighter pads. It sets the mood perfectly. Following it is ‘Shoreline’, a track that introduces the vocals of Robert Manos. D&B samples fade in and out, adding a touch of much needed flavour to the spacey pads. The title track is slow to build, offering a very atmospheric background that grounds the piece. Synkro is a master at making his music seem natural, a feat not always easy in the electronic scene. Each track is unobtrusive in its own way, not wanting to dominate. Again comparing to Akkord, McBride has taken a step back in ‘dancability’, opting for a subtler approach. Changes is an album to admire, reflecting humanity in a natural environment rather than a club one.

The standout piece, and the purest example of McBride’s ability to tap into his listeners’ emotions, is ‘Empty Walls’. A slow, quiet track, it masterfully folds a piano melody together with a deep bass. Coupled with emotive strings, various pads and a brilliantly used vinyl crackle, ‘Empty Walls’ sounds like a Porter Robinson song covered by This Will Destroy You. It is phenomenal.

Changes does a lot. An ambitious album, McBride handles it well, sticking to a general theme and working from there. The natural feel of the music makes it easy to listen to, but it cannot be accused of being simple. The sheer sophistication that Synkro delivers in Changes is incredible, and it is definitely worth a listen.