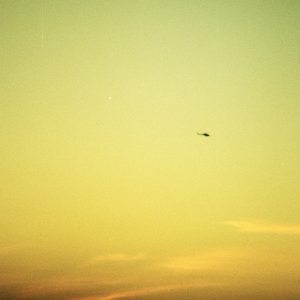 Poison Oak is an instrumental post-rock duo hailing from Brooklyn and Philadelphia. Their latest release, Nimbus, is a peaceful, atmospheric piece that left me wanting a bit more at times but pleasantly surprised me overall.

I’ll start with the sound and production. There are some really great guitar tones on this record. The reverse delay wash in the opening track immediately caught my attention, and there are some nice crunchy rhythm tones as well. I do wish the bass was mixed in more prominently overall, it does a fine job supporting the songs but never really stands out. The drums have a nice roomy sound on most tracks and little touches like the filtered/high pass sound about halfway into “Morphine Dreams” are nice.

Let’s move on to arrangement and song structure. The Bandcamp tags on this album include emo/post-emo, and I can definitely hear those influences shine through in some of the rhythm guitar arrangements. There are a couple of songs I feel don’t really have a distinct melody or are lacking direction in general. That said, the majority of songs here are well done with great movement and flow. Track 6 “Not Fade Away” is an example of a song that gets a bit stagnant, especially compared to the first three tracks that have lots of good dynamics.

If you’re a post-rock fan but are tired of crescendocore copycats, spend some time listening to this latest offering from Poison Oak. 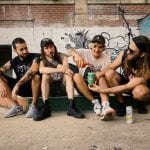