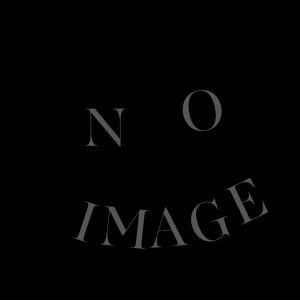 Image means a lot when it comes to music. That can be an unpopular idea, but when a project is presented in a way that demonstrates a band’s sense of scope and an intention behind its aesthetic – more often than not the content of the music also has more depth to it. With this in mind, it is a strange and exhilarating conundrum to hear how many thousands of light years GOLD has traveled between its debut Interbellum and the stunning new release No Image.

The opening track ‘Servant’ makes an immediate statement. The opening warning of feedback drops into a heavy-footed drum beat that showcases confident choices in production and songwriting. No Image takes much darker turns in its material than the more shimmering Interbellum, and it feels like a pointed choice. The album has both crunch and blur to it, a sizzling grit in the drums especially and a blackened haze in the sound of the guitars. This marriage of precision and chaos drives the material into its own heart of darkness and provides an incredible framework for the chimeric vocals of singer Milena Eva. By turns menacing and glorious, Eva’s voice provides many of the album’s most chilling moments. Her voice is largely restrained and focused, placed at the top of the mix as if dictating the proceedings. That her voice remains so calm – yet commanding – at the head of such a furious sound creates a thrilling dissonance throughout the album. There is a genuine swagger that manages to sidestep all the usual rock star posturing that can so often interfere with the listener’s experience.

Eva, along with bandmates and especially guitarist Thomas Sciarone, have borrowed from a very different sonic palette for this sophomore release. Rather than the sunnier classic rock riffs that permeated Interbellum, there is a focus on post-punk and death rock as main touchstones in the sound of No Image. On several tracks, such as ‘O.D.I.R.’, the sounds of icy, atmospheric black metal are used to great effect in creating an ambiance of solitude and melancholy. While this is certainly not a “metal album”, it is a work that will sit on a collector’s shelf just as comfortably next to one of Ulver’s early releases as it would next to any selection from Killing Joke’s discography.

That is not to say that all traces of classic rock have been removed from the band’s DNA. There is definitely a groovy feel to many of these tracks in spite of the frostier, more angular presentation. This album represents less of an abandoning of the sounds that informed the band’s first album and more of a radical expansion of sound and scope. While it would be easy to think of this sophomore album as a 180-degree turn it is more complicated than that. GOLD has managed to fracture its own identity and re-assemble it in a drastic and bold way. No Image is a breathtaking example of how a shift in tone and focus can launch a band so far past its initial offering as to almost become unrecognizable as the same band. This is a confident and evolved step that feels authentic and absolutely fearless.