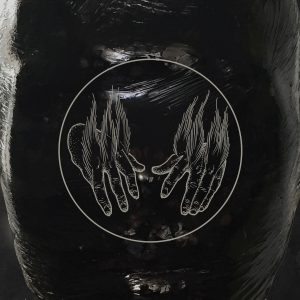 Released on October 30, 2015 via Throatruiner Records

Birds In Row are a band that hail from Laval in France. If you haven’t heard of them by now, let me get you up to speed. They play a style of hardcore that is reminiscent of bands like Envy, yet they sound nothing like that, instead they lean more towards an emotionally charged style of punk rock that clings to a sound not too dissimilar to Loma Prieta. They are a seriously hard working band that earned themselves a deal with hardcore heavyweights Deathwish Inc. through lots of touring and some serious songwriting skills. Before Deathwish, they released two EPs on Vitriol Records which were then collectively released to precede their 2012 Deathwish début You, Me and The Violence, a short energetic burst through youthful, passionate hardcore punk rock that made it compulsory to shout along and bang your head with ferocity.

Fast forward a few confusing years with regards to the state of the band and they are back and rejuvenated with a new line up and a new release release on Deathwish Inc., which appears to have been very well received by fans and critics alike. However, just before this EP was released, they released a split with WAITC on Throatruiner Records. To say it’s a return to form is silly, because they never left. What this is however, is probably the most consistent material to date (at this point, I still haven’t heard Personal War). We have three tracks on the Birds In Row side, ‘Can’t Leave’,’ Can’t Lie’ and ‘Can’t Love’, and although they may be listed as three individual tracks, they are seamless and brilliant, especially when played together.

The intensity that pummelled us on tracks like ‘You, Me and the Violence’, ‘Pilori’ and ‘There Is Only One Chair In This Room’ is present and centre and a pleasure to listen to all over again. The rawness and energy which they manage to achieve from the frantic drumming, the near jangly guitars and the sheer frantic vocals that scream in desperation is quite staggering, particularly because it is recorded so well. Few bands capture or even achieve on record what Birds In Row seem to pull off with ease. If this is the first time you are hearing of Birds In Row, you will be making a great decision by looking here first.

The next side of the split is by a band I am completely unfamiliar with. WAITC also hail from Laval, France (not the American band with the same abbreviation) and play a noisey form of hardcore that is reminiscent of the band Scarlet (anyone else remember how great Cult Classic was?) crossed with the emotionally charged punk rock of Amanda Woodward. The three tracks on offer here showcase the sheer scope of what the band are all about and showcases it well. Like the Birds In Row side, it is recorded very well and sounds like it has been captured how it was meant to be, raw, dynamic and energetic. This side is not quite as immediate as the Birds In Row side, but that might be my own feelings. I was already familiar with Birds In Row so half knew what to expect. Check out their opening track for their side ‘Empty Decade/Saturnism’ to get a pretty decent representation of what they are all about!

Overall, it’s a very strong release, and I will definitely be checking out the new Birds In Row record off the back of these collections of songs. I will also be checking out more WAITC to see what else they have to offer.