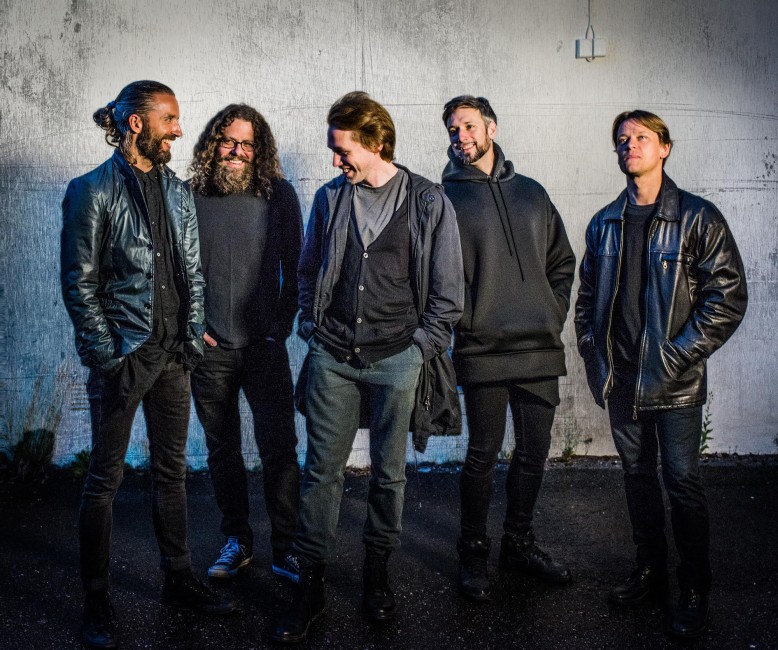 It’s a story not uncommon in The Land Down Under. A band that seems to have toured every inch of the world except Australia over the ten or twenty years it has existed finally finds a way to make it here, normally on the back of a successful album release and some dates in Asia.

Then in a few short days the tour is all over. Sometimes they return. Often they don’t. The world may be a smaller place in the internet age, but there’s also a lot more stops along the way for bands who rely increasingly on fans forking out for three things you can’t download – live shows, vinyl, and T-shirts.

And so December 2015 came to be the month Danish dream pop unit Mew finally reached our shores.

The venue, Max Watt’s House of Music is downstairs under the centre of Melbourne and if you’re a local who loves great underground rock and metal you would have been here many times. It’s a good setup – sunken pit, good acoustics and they sell stubbies of stout.

I had no idea what the crowd would be like and I was surprised. Many familiar faces from the Melbourne post-rock/metal, progressive rock and shoegaze crowd, plus a large contingent from the indie rock crowd. I was genuinely surprised to see the mix who had come out to see a dream pop band with little or no commercial airplay here and not that many albums. It was a good size too – close to full by the time the main act took to the stage.

Openers Halcyon Drive, a local alt pop duo with an extra helper on the night, were not shy of riffing out and smacking  the snare. I’d not heard any of their songs before and they impressed with some really cool bounce throughout the set, particularly with songs like ‘Crusoe’. Michael Oechsle’s voice was smooth, he didn’t overdo the falsetto, and the vocals wove beautifully through the intricate loops and layers set up on keys and guitar. I’m not a fan of where indie rock and pop have gone in the mainstream, but it’s sets like this that continue to demonstrate that plenty of bands still write strong, solid, toe-tapping tunes. Would see again.

Solkyri must love the Hume Highway because they made the drive down here only a few weeks ago. It’s becoming a Bird’s Robe Records trade mark to throw on a couple of supports that you would not expect, and a post-rock band with some fairly deep and thoughtful songs is probably not what a big chunk of the crowd had in mind. But as usual, it worked superbly.

Bringing out their 40 minute set it meant we got more than three songs, and it took mostly from the happier side of their repertoire. There were plenty of opportunities for airdrumming on tunes like ‘This Can’t Wait!’ and  ‘I Felt Unsafe, I Felt At Home’ and the air was thick with guitar and bass. I can’t say anything I haven’t said before about Solkyri in a gig review – they really are a class act, and a few more support slots like this should open them to a wider base and bigger following.

The crowd erupted as Mew came out strong with ‘Witness’, the second track from their latest album +-, followed by the glorious ‘Satellites’.  The reception for the visitors was huge as 20 years of anticipation was released into the air. Jonas Bjerre was reserved in antics and animation while still fully engaged with the crowd. Looking for all the world like an older Josh Thomas he had a quiet word with us now and then and occasionally held out the mic to the crowd.

The set was dominated by tunes from Fregners and +-, but we did travel back as far as ’97 with ‘She Came Home For Christmas’. Other favourites included ‘Comforting Sounds’, ‘156’, ‘The Zookeeper’s Boy’ and ‘Snow Brigade’. You know a band is in tune when it comes up with a setlist like the one we were treated to. It never got bogged down but neither was it an endless parade of their faster works

I’m not sure if it was where I was standing or the mix, but a number of songs saw Jonas’s vocals drowned out by the guitars and keys, which was disappointing. But that didn’t seem to matter to everyone else, besides which the chorus from the pit was at full strength for most of the 18 song set. I really was astonished at the familiarity the crowd had with the whole discography. There were crowd favourites, but looking back from in front of the stage it was hard to spot those not singing along to every song.

About an hour into the set as people were swaying and singing, a young guy about ten rows back and to the side held his open hand up high. Jonas noticed and held his hand up just for a moment and smiled, as if two old friends were touching either side of pane of glass. The guy in the crowd excitedly grabbed each of his mates: “Did you see that! He smiled and waved at me!”  Or at least that what I imagined he was saying.

And to me, that’s what it was all about – what live music is all about – a shared unique experience. Here was a band with whom the only communication for 20 years had been at a great distance, most of it through the music but also through interaction on social media. Now, at last, that long distance relationship became a close exchange of friendship. Jonas had given that guy a small invisible parcel form across the globe. It was his alone, and even when he forgets about it, that experience will still be a part of who he is and what he’s experienced. But that exchange wasn’t one-sided and some of him has now made the trip to Europe.

And I think that collision of thoughts and emotions, that temporary fusion before the water and oil separate once more, is why any of us do any of this and why music is so wonderful. And I’ve never seen it stronger than that night.