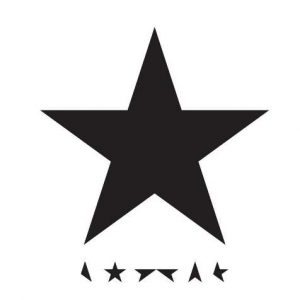 What can be said about someone like David Bowie? The man was way ahead of his time music-wise. He also had a keen eye on how to combine his music with bizarre larger-than-life personas like Ziggy Stardust and the Thin White Duke. Between touring and making albums he performed in a couple of movies and television series. A true renaissance man, if there was any. The last few years he kept a low profile, only to break the proverbial silence with a brand-new album, entitled Blackstar.

And what an album it is. It starts in characteristically eccentric fashion with the title track. It’s a nine minute bizarre tour-de-force in which pop music is fused with elements from jazz, jungle and drum & bass. David Bowie’s vocals providing a kind of narrative through this bewildering labyrinth of noise, contrasts and off-beat time signatures. This approach is repeated with chilling results on ‘Girl Loves Me’ and ‘Sue (Or In A Season Of Crime)’. It sets the tone for the rest of Blackstar.

Another key element of this album is Bowie’s mastery of dynamics and musical contrasts. Even more pop-oriented songs like ‘Tis A Pitty She’s A Whore’, ‘Dollar Days’ and ‘I Can’t Give Everything Away’ turn into a very unsettling listening experiences with all the nifty little musical twists and turns. It’s also the combination with soothing jazz parts with cold electronics that give Blackstar its unique vibe. Bowie’s voice has aged somewhat, but it gives the music a sense of ragged majesty.

A special mention should go to ‘Lazarus’. It’s a laid-back song which acts a musical resting point. It’s a masterpiece in its own right. It’s incredibly layered and rich in texture with a very sombre tone of voice. Actually, it tells the whole story of this album. Each song is a meticulously crafted gem with its own peculiar identity. They’re strong enough to stand on their own, but they also work incredibly well together in Blackstar’s overall framework.

Blackstar is the type of record that demands your attention. It’s a musical adventure unlike any other. It’s not an easy album to get into, but when you give it sufficient time it will grow on you like no tomorrow. This record is a gift that keeps on giving. Blackstar underscores David Bowie’s musical genius and versatility. This is one of the most adventurous record you’ll probably hear this year. Utterly thought provoking and mesmerizing!