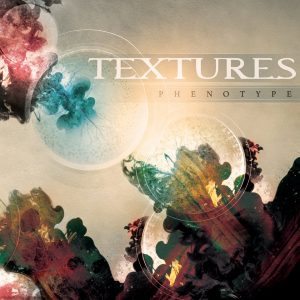 Dutch progressive/post-metal band Textures have had quite a career so far. Polars, their first album, is generally seen as a classic. With each subsequent release they managed to explore different musical avenues and carve themselves a comfortable niche, due to their relentless work ethic. Over the years Textures had to contend with changes in their lineup, but they never diluted the overall quality of their music. Let’s see what Phenotype, the band latest outing, has to offer.

Phenotype is actually part one of a dual album release with the other part being a 60 minute single track progressive juggernaut, which will see the light of day some time next year. The band’s current album is a more traditional affair that encompasses all the trademark Textures features. On tracks like ‘Oceans Collide’, ‘Shaping A Grain Of Sand’ and ‘Erosion’ the band embraces their brutal side, seeing lots of death and thrash influences creep into their sound combined with all the polyrhythmic magic Textures is renowned for. The occasional musical nod to their legendary debut album is a nice gesture as well.

A new feature in the band’s arsenal is the extensive use of melodic guitar leads and even an occasional solo. Prominent examples are ‘New Horizons’, ‘Illuminate The Trail’ and ‘The Fourth Prime’. It gives those tracks a slight old school metal feel. It works well with the more modern forward thinking mentality the band is known for.

The defining moments on Phenotype are definitely the longer and more drawn-out compositions like the aforementioned ‘Illuminate The Trail’ and ‘The Fourth Prime’. It’s on those songs where all the trademark Textures elements blend together into an impressive crescendo. ‘Zman’ and ‘Timeless’ are actually one track and they close the album in a solid fashion.

In many aspects Phenotype is a solid Textures album in the best sense of the word. It combines the more progressive tendencies of Drawing Circles and Silhouettes with the edgier approach of Polars and Dualism. The band sticks to their guns, which is a good thing when you’re a longtime fan and you don’t like drastic changes. However, when you’re more into the trailblazing side of things Phenotype tend to a bit on the “safe” side. In short, the new Textures album is as solid as they come, but it doesn’t see any profound changes in the band’s established musical format.