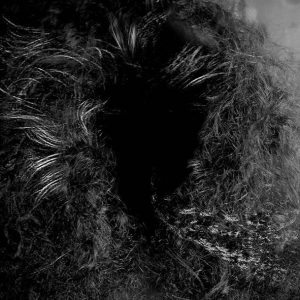 I don’t recommend reviewing material strictly on a 45RPM format. Especially while you’re taking pen to paper and trying to make notes before a few minutes are up, and then you gotta flip the record and put needle to the wax once more. It’s an ordeal to say the least. And it makes me sound like some sort of hip bastard that will only listen to vinyl. Not the case. But with the new Corrupted EP Loss I figured I’d try something new and stick strictly to the wax.

Osaka, Japan’s Corrupted have always paved their own path. It’s doom, but it’s got sludge and a heavy amount of ambience to boot (see, especially: Garten der Unbewusstheit concerning ambience). The band is notorious for not giving interviews and never having professional photographs taken. Does it add to the mystique of the band? Yeah, I suppose it gives people something to obsess over and figure out where else members can be placed in other bands. But I digress.

Corrupted have slowed down a bit since the early 2000s when it comes to releases. There’s no reason given for that since they don’t do interviews or (as far as I know) do life updates via any social media (there’s no official Facebook or Twitter that I’ve ever pulled up. Tumblr can go to hell). But long periods between albums doesn’t mean that the quality of the release has diminished. Loss is a nine minute EP that encompasses exactly what you’d expect from Corrupted. It’s a frothing, slow burn that bares its teeth and rests at your feet. It’s the kind of animal that is difficult to describe.

Barely a minute into the track and the band kicks up the aggression level with a thick, droning, noisy riff. Soon there after the throaty vocals kick in like echoes from a canyon. The album sounds like it’s coming completely unhinged, even with the lead and the slowing of the song, there’s really no mercy until the track begins to fade out.

And I gotta flip the record.

As I was saying, Corrupted have mastered the art of sounding settled, but unhinged all at once. When things are moving slow, it can be difficult for bands to sound aggressive or threatening. It’s pulled off here though and the band has shown their mastery over it in the past.

The second side of Loss is more noisy; more distant. The b-side is somber and slow churning. It was the kind of thing that Garten der Unbewusstheit largely encompassed, but here it sounds like torture. It sounds like its settling and like screams are getting only further from you. And they are. Like they’re being drug through a cave. It’s torturous over the low hum and slow drums.

Loss is another fantastic release from Corrupted. Unfortunately the band doesn’t put out all that much these days. Which is a shame because the trio have a real grasp on ambiance and aggression; a difficult and fragile pair, but impressive and effective when pulled off. If you enjoy sludge/doom/ambience then Loss should be on your list of things to check out. Japan has always had a fantastic extreme scene and Corrupted is another excellent example of it. And not checking out Loss really is your loss.