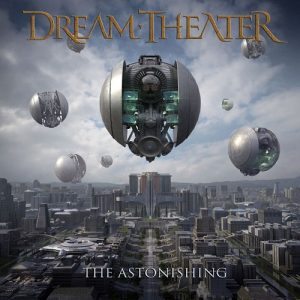 Released on January 29, 2016 via Roadrunner Records

2015 marked American progressive metal band Dream Theater’s 30th anniversary. Their longevity is all the more impressive because if there’s one thing Dream Theater have never been, it is fashionable. The band have inspired a legion of imitators and have undoubtedly had a greater impact on the sound and the development of progressive metal as a sub-genre than any other band – but despite steadily increasing sales and even some Grammy nominations in recent years, their music continues to fly in the face of musical fashion. Their dense, intricate arrangements, pyrotechnic playing and conceptual records screamed “Prog!” long before the word once more succeeded in gathering some grudging acceptance from the media. Their larger-than-life material and musical stylings have always sharply divided listeners. Now, in the shape of their thirteenth studio album The Astonishing, they may have delivered their most divisive record yet.

Everything about The Astonishing is… well, astonishing. Whether that’s a good or bad thing will largely depend on how the listener feels about all sorts of things. First of all, it’s a very long album: 34 tracks, clocking in at a little over 130 minutes. Yes, two hours, ten minutes and change. In a world where serious debates are still had about the ideal length for an album, and where studies – scientific and otherwise – posit that the ideal length for an album is between 40 and 50 minutes, this is unquestionably a great deal to take in.

Then there’s the nature of the album itself. For this is a conceptual record in its fullest sense: not just a collection of songs linked by a theme, but a specific narrative, a story involving a number of recurring characters that unfolds over the course of the album. On paper, it is everything the veteran tastemakers are telling you should be anathema to us all: a fantasy story set in a dystopian future, complete with omnipresent flying robots called NOMACs, a shorthand for Noise Machines, for here the machines have taken over the production of music altogether. In the world of The Astonishing, music is a lost art to the human race, who have barely survived apocalyptic events and who have reverted to a simpler, harsher existence. The story is a towering rock folly of the most unapologetic kind: populated with larger-than-life heroes and villains, it unfolds in true rock opera style, complete with overtures, grand finales, limpid ballads, guilt-wracked soliloquys and triumphal (if bittersweet) celebration. It is pure musical theatre: it is very easy to imagine the story told as a film, or as a West End show. If this sounds horrifying to you, then this is probably not an album for you.

However, the truly impressive thing about The Astonishing is Dream Theater’s willingness to go all out in making it. For all Dream Theater’s legendary musical and theatrical bombast, this is in many ways their riskiest undertaking to date. Whilst the conceptual nature of the piece and the many changes of mood play to the band’s strengths, this is, musically speaking, not typical Dream Theater fare. Since the band’s previous drummer and founding member Mike Portnoy departed from the band between their tenth and eleventh albums, there has been a noticeable shift in the band’s musical palette. The increasingly frantic and complex metal-oriented material has taken a back seat to more melodic and emotive fare, and this trend continues here. For all the renowned instrumental prowess of the various band members, this album – despite its lengthy running time – is largely devoid of showboating solos and trademark light-speed unison sections. Here, the music is constructed tightly around the meat and potatoes of the narrative; more so than ever before. That’s not to say that the band don’t get to show off their chops: guitarist and principal writer John Petrucci gets several show-stopping solos, and the playing throughout is astoundingly tight, yet fluid. However, it’s not hard to imagine some long-term fans scratching their heads and wondering where the fireworks are. Perhaps the sole concession to the band’s origins, jamming together as students at the Berklee College of Music, is the second half of ‘A New Beginning’, where the band settle into a bass-led groove and improvise happily away in a surprisingly spacious, vaguely Floydian way for several minutes. It’s a rare moment of pure instrumental indulgence in a ferociously focused and intense record.

This is a different Dream Theater to the one we’ve got used to hearing over the past 30 years. Quite apart from the focus on more – and shorter – songs and the generally gentler tone, there’s a greater emphasis here on orchestration as a whole. The band are augmented throughout by an orchestra and choir, that add colour to the framework of the songs to great effect, only furthering the sense that the listener is hearing the score of a film or watching a stage presentation. Whilst everyone turns in polished and powerful performances, in this brave new world, two band members stand out as making especially powerful contributions. Long-standing keyboard player Jordan Rudess turns in one of his most effective contributions to a Dream Theater album to date. His fluid piano underpins a great many of the album’s scene-setting moments, to be replaced with powerful organ for some of his solo spots, or some truly outré electronic elements which he uses to characterize the ever-present NOMACs. Rudess has been criticised in the past for some of his sonic choices, never being afraid to employ unexpected juxtapositions or truly weird patches, but here his playing is more in the service of the whole than ever before: whilst there are still quite a few jaw-dropping keyboard solos, his work here is especially impressive in terms of its economy and use of space.

Man of the match, however, has to go to Dream Theater’s vocalist, James LaBrie. LaBrie suffered a debilitating vocal injury early in his time with Dream Theater that took him the best part of a decade to truly recover from; whilst his performances on record have always been extraordinary, his live work has sometimes suffered as a consequence and he has attracted a great deal of criticism for it. In some ways he is one of the more divisive elements of the band’s signature sound. It is, then, all the more impressive that LaBrie’s vocal work throughout this record is, hands down, his best ever recorded performance. Amazingly, he is the sole lead vocalist throughout, turning in distinct and memorable vocals for each and every character as well as filling the role of narrator. LaBrie invests a great deal in each character, giving each of them a distinct personality and illustrating their every mood and desire, fleshing them out expertly. In many ways, LaBrie’s colourful characterisations are more important than ever in such a story that lives or dies depending on how much the listener is made to care about the people who live within it, and the album would be very much weaker if he wasn’t so convincing throughout. His heroes are truly heroic, his heroines tragic and hopeful, his villains wonderfully oily. Best of all, perhaps, is his reading of the self-styled Emperor, Nafaryus – as befits the tongue-in-cheek naming of the character, a scenery-chewing performance complete with at least one outburst of cartoon villain evil laughter (courtesy of the marvellously lurid ‘Three Days’), but one that nevertheless delivers some genuine pathos and an eventual redemption that is genuinely touching. Not just in scope, but in execution, this really is LaBrie’s finest hour and should do much to silence his worst critics.

The Astonishing lives up to its title: the performances are spectacular, the concept is staggeringly detailed but clearly drawn, and the album is beautifully produced and packaged – the super deluxe edition available from the band’s website even comes with its own hand-crafted NOMAC. However, it’s a very long album and the distinct feel of a piece of musical theatre will undoubtedly be problematic for some. The idea of a grandiloquent, conceptual double album might sound like typical fare for a band like Dream Theater, and whilst this may indeed be the case, the band have taken a substantial risk. The nature of the concept may alienate some of their regular listeners who may prefer grittier fare lyrically; musically it may disappoint the Dream Theater fans who long for a return to darker, more metallic territory; and it has to be said that whilst the album is different enough musically and conceptually to leave some of the faithful scratching their heads, it’s sufficiently typical of the band that it’s unlikely to win them many new listeners. In many ways, then, this is an album that was anything but a safe choice and it is to the band’s eternal credit that, as always, they have followed their muse and made the record that they wanted to make with no compromise to expectations. This is why they are so beloved by their fans but also treated with suspicion by others. They remain one of the world’s biggest cult bands – a situation which The Astonishing will only serve to emphasise. A triumph, then, but destined to be as polarising as ever. 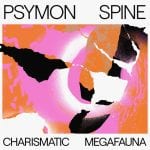