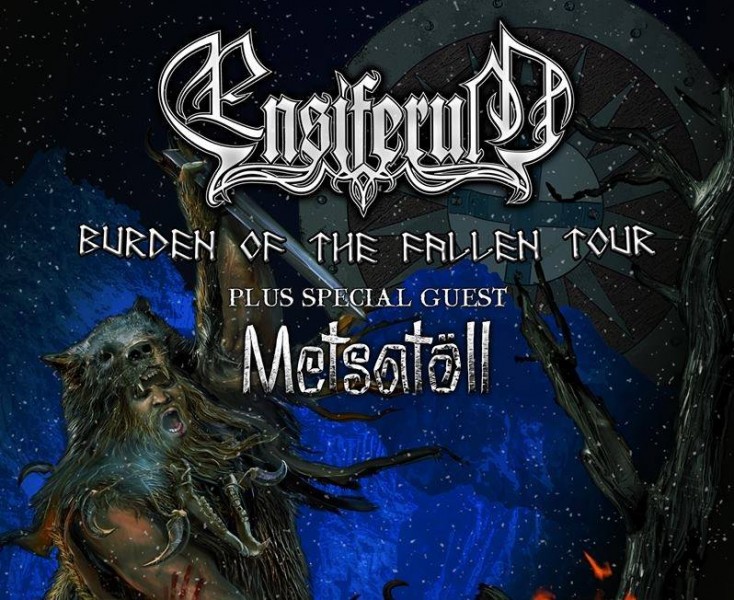 On February 23rd Ensiferum headlined at The Classic Grand with Metsatöll supporting them. Metsatöll are an Estonian folk metal band that sing in their native language. They have a strong folk element with Lauri “Varulven” Õunapuu playing a range of traditional instruments throughout, such as bagpipes, flutes and others. They rarely let up during the set only slowing down when it came to doing traditional chants on a couple of occasions. Any one that is big on the folk elements of the genre would have really enjoyed them as I did.

Next up were Ensiferum from Finland who were continuing to support the excellent One Man Army album with the majority of the setlist coming from it. The set began with the instrumental ‘March to War’ followed by ‘Axe of Judgement’, which is how the album opens. Before the show Sami Hinkka had mentioned that they are a live band and try to do ‘live’ albums and the opening two songs works for both an album and on stage. After the opening songs, Ensiferum would power their way through the set never letting up until the encore. The set was a mix of One Man Army and a sprinkle of old favorites such as ‘Iron’, which closed the show.

Overall it was a short, but an enjoyable night with only two bands playing. Both bands and the crowd were full of energy throughout and made it a worthwhile experience.