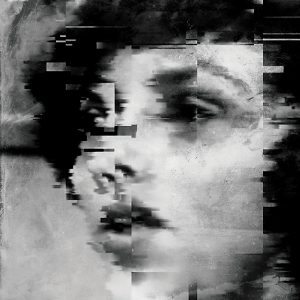 It has become apparent that I have been enduring a self-induced pigeon hole regarding the music entering my ears. As a result, lately I have been making a concerted effort to listen to music that is decidedly removed from my normal zone of comfort in an attempt to expand my own personal soundscape.

Exit closed mind and enter Public Memory’s debut release, Wuthering Drum……. I must say that I have been quite nicely surprised. In fact, borderline enthralled. Public Memory has found a way to force upon me deep introspect (as if I were not already ensnared and encumbered by an unquiet mind), and awareness of all that is unenlightened and lurking below the pesky surface of modern day first world monotony.

All the tracks appear to have the same basic slow pace in keeping with a lesser BPM count. But this more so serves in allowing us to ponder the more important aspects of Wuthering Drum. And that, first and foremost, are the lyrics. In this humble reviewer’s opinion, most of the tracks sound way too similar to be compiled as one LP. Count it as my being ignorant to the style/genre, but I just do not hear enough variance between each track. The music can be most easily characterized by lower frequency synths, beats, and piano that sows an integral place in the core melodies, but is also at times erratically strewn about to create a mild cacophony within the songs. You will also hear the ramblings of a wind chime that has just taken it’s first dose of LSD.

The lyrics now are an entirely different beast. They are both ambiguously vague and as deadly as a guillotine in conveying their message at the same time. Aside from one or two tracks, all require discretion and shrewd interpretation in concluding what they mean to you. The sporadically off time vocals are a motley mix of effects closely akin but not exclusive to Shoegaze. It’s as if you’re floating about within relative darkness that is not quite sinister or malevolent. However, more like a willing entrance into melancholy from which exodus is shunned off.

How music is received by the listener is extremely perceptive and based entirely upon experiences and mood. Although, as I am sure all of you music lovers already know, it also has the power to change our mood across all ends of the fields of emotion. With that I cannot recommend any tracks, only cite those by which I was most affected. Which, most notably, are “Ringleader”, “Mirror”, and “Lunar”. For those who fear change, as I myself reluctantly admit, I urge you to expose your ears to something which may initially be confusing and make you uncomfortable. But give it more than just a cursory attendance as it has taken me the better part of two weeks to fully comprehend what I was hearing. I highly recommend listening to this on a decent pair of speakers. Earbuds will do no justice to the lower ranges emitted.