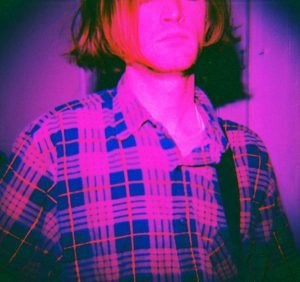 Released on February 26, 2016 via Self Released

I hate writing bad reviews of things. It’s so disheartening to know all the effort and time that an artist puts into making a neat little bundle of music, only to have to rip it to shreds from behind a computer screen. That kind of thing makes me feel like shit, so let me begin with one big sigh…

Right, now that’s over and done with…

With an intro like that, I’ve probably given my opinion of The Ocular Audio Experiment’s latest, Laughing Dreams away. Spoiler alert: It’s not that good. The worst thing about it though? When I first heard ‘Alive’, the pre-release single off the album, I was enthralled. Here was a really well made, somewhat witty song that held a strong Brian Jonestown Massacre vibe. Starting with rhythmic strumming, Pollock’s droll vocals enter, delivering beautifully happy lyrics that drip with irony. “I’m aliiiiiiiive/I’m aliiiiiive/I feel so haaaappy/Hah Hah Hah Hahahhhh” He drones, in a voice that betrays the fact that we’re actually hearing a dead man sing. It’s pretty funny, and really well done.

Then I heard the whole album, and man was it disappointing. I started it up, giving it my full attention for the first play through. The first track, ‘Sweet Dreams’ came on, and it was good. Almost great, even. A distorted drone opens the album, with erratic drums and a lone acoustic guitar being picked at in the background. Very folky, and I liked it. Strumming starts up, keeping with the folk feel and introducing a horror vibe that builds with the vocals. “Okay,” I thought, “Similar to ‘Alive’, but I can get around it.”

‘Now It’s Strange’ is next, the lighter chords rolling over a psychedelic background. The instrumentation is fine, but the vocals are dull and incomprehensible. It sounds like a duller version of a Brian Jonestown Massacre song, but not nearly as smart or well executed as it thinks it is. ‘Saddest Thing’ has the same problem; droning vocals over inoffensive, but uninteresting instrumentation.

‘Alive’ is next, and it’s still good. Really good actually, but the two preceding tracks somewhat give the game away, and it suffers because of it. ‘Alive’ is where the concept of the song actually works. The remaining songs aren’t really worth mentioning individually, as they all suffer from the same issue: they’re aggressively boring. Whatever merit that they may have contained was ruined by being almost the exact same song repeated over and over.

Laughing Dreams has one problem, and it’s a problem that isn’t easily solved: it’s dull. Very dull, to be precise. There are two noteworthy songs, totalling about 10 minutes of a 47 minute album. It’s an LP that should have been an EP. It’s worth bearing in mind that this is the band’s first release in four years, but the fact still remains that Laughing Dreams is repetitive and pretty boring.