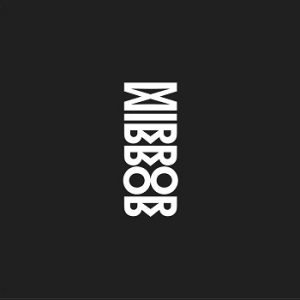 Released on April 1, 2016 via Rocket Recordings

The first album I have by Gnod is Chaudelande from 2013 bought after hearing the track ‘Tron’ being played by a DJ at Corica Studios one night in late 2014 or early 2015, it’s an intense album of excellent space rock. I haven’t got round to Infinity Machines (2014) yet but came straight to Mirror.

Edvard Munch was a Norwegian artist of the late 19th/early 20th century (1) whose most famous painting is The Scream-you will probably know it even if not by name. It depicts a man alone on a bridge surrounded by a swirling earth and sky looking like he has been overcome by a sense of alienation from himself and that around him, as though he has realised that his individual pain is a minute proportion of the collective pain that stretches out behind him, around him and in front of him. It’s a brilliant yet harrowing picture, that most of us at some stage of our lives can relate to (or maybe I’m wrong, perhaps some people’s lives don’t include these points?). Its a painting that confronts us with a very real, though thankfully for most of us a small, part of the human experience.

Mirror is the aural equivalent of ‘The Scream’ it is an album of authenticity that confronts the listener with the truth that life includes suffering and pain. The album is made up of 4 tracks; ‘The Mirror’, ‘Learn to Forgive’, ‘Sodom and Gomorrah’ and a remix of ‘The Mirror’. According to Gnod’s Bandcamp page the album came out of, and was informed by, a period that included individual illness, societal self harm -the 2015 election result- and the realisation that as individuals we live in relationships of asymmetry to structures of power that are often hard to perceive but have a very real effect on our lives (2), with in fact the individual and those structures often being mutually constitutive.

The album sounds like an expression of the legitimate pain, rage and sadness that these experiences generate for those moved by human empathy. Musically it has echoes of PIL and Gang of Four (3) and on the first track particularly the intonation of the vocals is reminiscent of Bob Calvert, especially on the Hawkwind track ‘Steppenwolf’. Each track on Mirror is distinctive and has it’s own identity but in it’s musical style, bleakness and anger there is a coherence.

There is an album by Atari Teenage Riot called Live at Brixton Academy 1999 – a live album (unsurprisingly) of the set the three members of the band who were able to carry on at the time played supporting Nine Inch Nails. It was recorded at a time when individuals in the band were ill and the band was close to collapse and is completely different from their previous material -it’s an extraordinary 30 minute Noise set (4). To me it is the sound of defiance- it says we may be going down but we’re going down fighting. Mirror has something of that about it, it is the sound of a band refusing to be overcome by individual struggles or societal dysfunction, their response isn’t self-anesthetisation, losing themselves in distraction or looking away from the sources of pain and anguish instead it is to confront those problems, to empathise with the victims and transpose the pain and anger experienced into this (hopefully) cathartic album.

Mirror is an uncomfortable listen, a superbly realised unflinching expression of how we do, and should, respond to human pain and societal dysfunction, it’s also a reminder that really good music often forces us to engage with reality not flee it.